Political Solution Only Way Out of Yemen Crisis: Iran 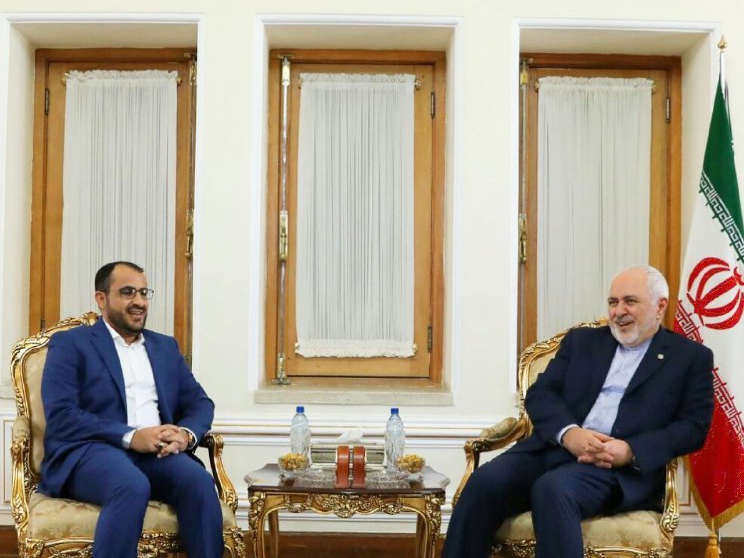 Foreign Minister of the Islamic Republic of Iran Mohammad Javad Zarif has called for an immediate end to the bloodshed in Yemen, expressing Tehran's support for a political solution based on the Stockholm Agreements.

Zarif made the comments in a Sunday meeting with the spokesman for Yemen’s Houthi Ansarullah movement Mohammed Abdul-Salam in Tehran.

Zarif expressed regret over the killing of Yemeni oppressed people and five years of siege on the impoverished country and called for an immediate end to the war and the blockade of the Arab state.

Referring to political solution as the only way out of the Yemen crisis, Zarif stressed that the Islamic Republic of Iran has always supported Yemeni-Yemeni talks and the full implementation of the Stockholm Agreements.

For his part, Abdul-Salam conveyed the thanks of the leader of Houthi Ansarullah movement Abdul-Malik Badreddin al-Houthi for Zarif’s message of condolence on the martyrdom of Ibrahim Badreddin al-Houthi, a brother of Ansarullah leader, and the support of the Islamic Republic of Iran for the people of Yemen.

He also gave a report on the latest field and political developments in Yemen and the prospect of a political solution as well as the latest humanitarian situation in the Arab country.