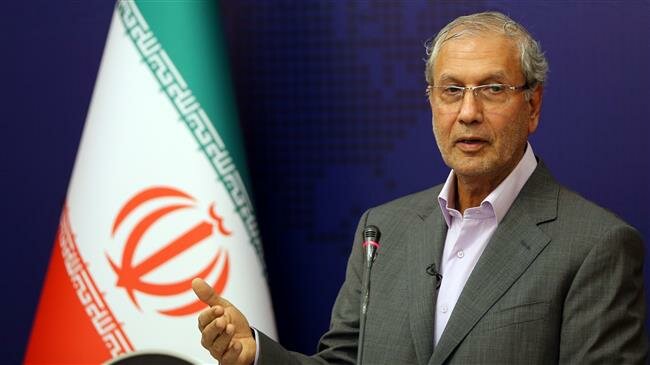 Iran will continue to maintain close ties with Iraq, says the spokesman for the Iranian government, adding the enemies can never break apart the strong bonds between the two neighbors.

Ali Rabiei told reporters in Tehran Monday that Iran stands in solidarity with Iraq in the wake of the ongoing unrest in the Arab country which prepares to host millions of Muslims for Arba’een processions.

“Over the past few days and while the Iraqi government and nation are preparing to host the world’s biggest cultural and religious event and the region is moving towards peace and stability, we have witnessed disturbing incidents during which some people have lost their lives,” Rabiei said.

The violence, which began last Tuesday, has so far killed more than 100 people and injured over 6,000 others.

Noting that Iran wants prosperity for every nation in the region, Rabiei called on all sides to exercise restraint.

He said violence is not the way and all parties involved in the current situation should help find a “democratic” solution to the issue.

“The Iraqi people should pursue their demands but at the same time keep an eye out for malevolent forces that look to exploit the protests and not let them to” achieve their goals, the spokesman said.

Rabiei also said the best way to overcome the current situation is to follow the religious leadership.

“The Islamic Republic of Iran, as always, expresses readiness to stand next to the Iraqi brothers and sisters and help them,” he said. “No ill-intended, fake propaganda can break the Iraqi and Iranian nations apart.”

On Monday, it was announced that the Khosravi border crossing between Iran and Iraq has been reopened and is ready to receive millions of pilgrims for the Arbaeen processions in the holy cities of Najaf and Karbala.

The crossing, which was reopened for the first time in years only weeks ago, was shuttered last week upon a request by Iraqi officials amid security concerns.

Rear Admiral Habibollah Sayyari, coordinating deputy of the Islamic Republic of Iran Army, said all crossings to Iraq are fully secure and ready to accommodate pilgrims who are headed to Iraq to mark the 40th day after the martyrdom anniversary of Imam Hussein (AS), the third Shia Imam.

He told reporters that Iran’s armed forces maintain the highest levels of readiness at the border and that pilgrims will be provided with all services as before.