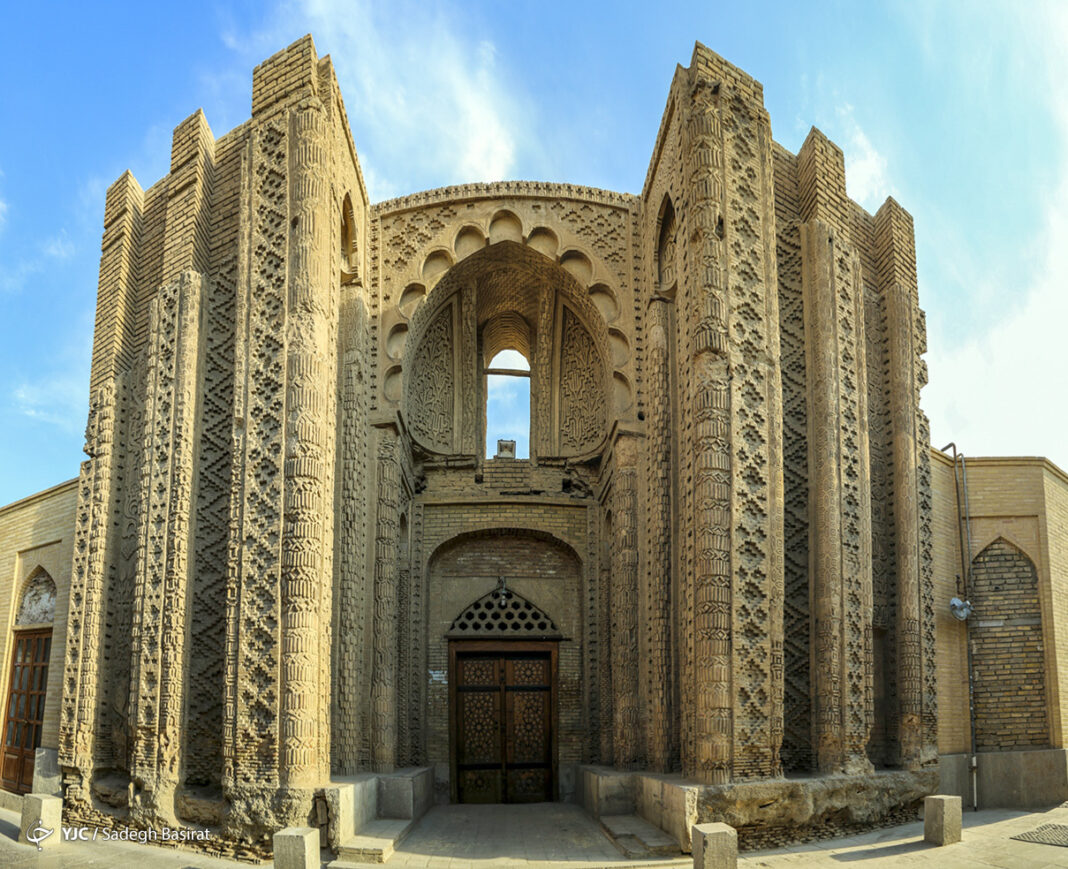 The historical mosque of Hakim is located in an old neighbourhood of Isfahan, a city in central Iran.

Mosque of Hakim or Jorjir is a four-porch mosque dating back to the end of Safavid era, located in the old region of Bab-ol-Dash at the end of the Dyers’ Bazaar.

It has been built during the reign of Shah Abbas II by his personal physician, Hakim Mohammad Davoud, on the ruins of Dailami Jorjir Jame’ Mosque, also called Sahib Ismail Ibn Ebad Mosque, constructed in the fourth century AH.

Dailami Jorjir Jame’ Mosque had been also called “Small Jame’ Mosque”, a magnificent mosque during the second half of fourth century AH.

The entrance of Jojir Mosque is located in its northwestern part. The inscriptions on its inside entrances and porches date back to 1067 to 1073 AH. They have been written by Mohammad Reza Emami, a famous calligrapher of Safavid period.

What follows are YJC’s photos of Hakim Mosque in Isfahan: