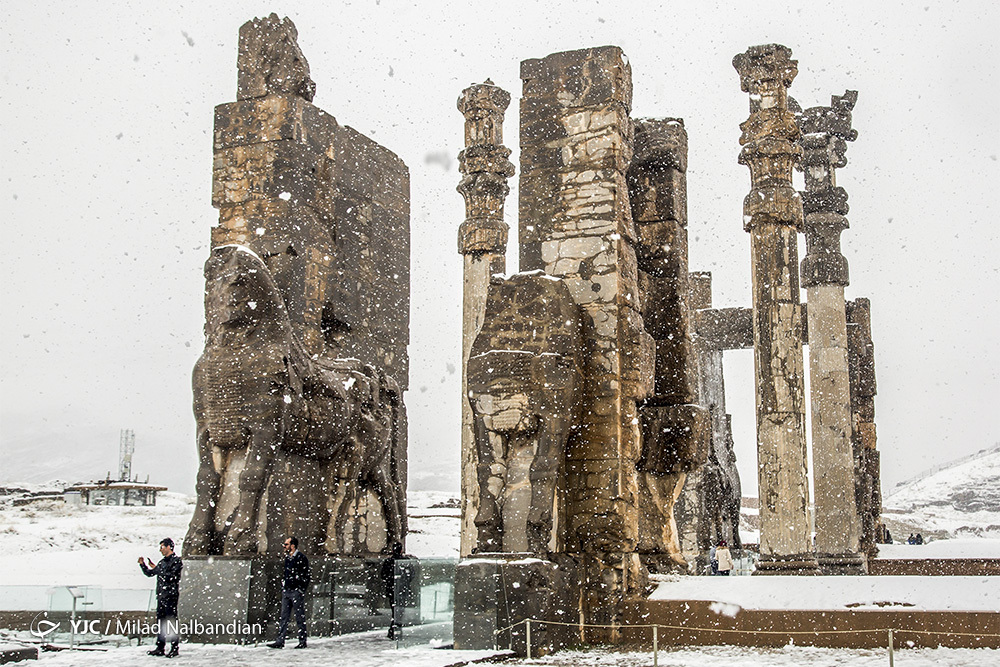 Persepolis and Pasargadae, two prominent monuments of ancient Persia, have been covered with snow during the cold winter days of Fars province, southern Iran.

Persepolis, also known as Parseh, is a mirror of ancient Iran’s history and culture. The complex has been built in 518 BCE upon the order of Darius the Great, the Achaemenid king; and is considered an architectural masterpiece of its time. Persepolis is located in Marvdasht, 63 km from Shiraz.

What follows are YJC’s photos of snowy days in Persepolis and Pasargadae: