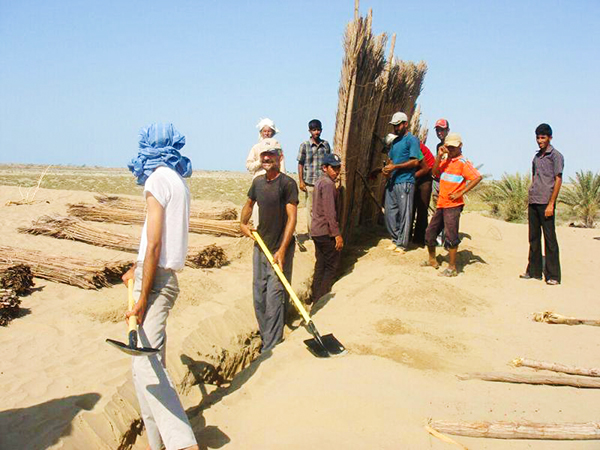 The inhabitants of Hormozgan desert, southern Iran, have participated in programs to revive the deserts.

“During the past two years, the desert greening program has been implemented in more than 100,000ha of Hormozgan desert areas, by planting fruitful and non-fruitful species with the participation of desert farmers,” announced Majid Pour-Balighi, a technical assistant in Hormozgan`s Department of Natural Resources and Watershed.

According to a Farsi report by Ettelaat newspaper, Pour-Balighi went on to say that public participation in desert greening shows a growth of 80%.

“Since Hormozgan is located in a desert area, it is one of driest provinces of Iran. The best strategy for resolving this issue is to benefit from public capacities,” he noted.

“The conservation and restoration of natural resources is brought by successful implementation of public participation programs for deserts’ revival, and the education of desert inhabitants about these issues based on local knowledge and efficient solutions,” he added.

“The cooperation of desert inhabitants in the revival of vegetation cover in destructed desert areas is being implemented in the form of the legal provision of Note 5, Act 3 of  Protection and Exploitation of Forests and Meadows’ Law,” Pour-Balighi explained.