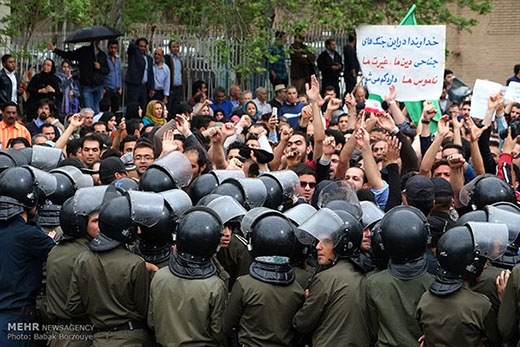 Demonstrators in Tehran called for the closure of the Saudi embassy in Iran and speedy punishment of those behind the sexual abuse of Iranian teens.

A big crowd of people gathered Saturday outside the Saudi embassy in Tehran to protest against the sexual abuse of two Iranian teens at Jeddah airport.

According to Fararu, a news website, the ralliers, who were carrying placards bearing slogans against Saudi Arabia, called for the shutdown of the Saudi diplomatic mission and the cancellation of the Minor Hajj.

The predominately young demonstrators also demanded the speedy punishment of the Saudi security agents who sexually harassed the Iranian nationals.

The following is a collection of photos Iranian news agencies released on April 11 of the protest rally in Tehran: