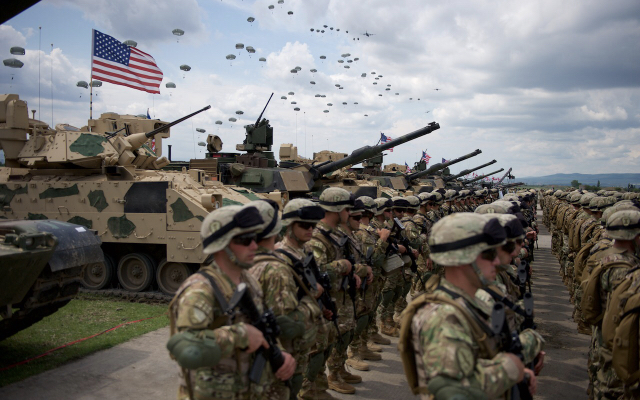 The move comes as NATO weighs a possible activation of its response force to beat back a Russian invasion of Ukraine, which the West fears is imminent.

Austin “has placed a range of units in the US on a heightened preparedness to deploy, which increases our readiness to provide forces if NATO should activate the [NATO Response Force] or if other situations develop,” Pentagon spokesperson John Kirby said at a news briefing.

“Specifically, this will ensure that the United States and our commitment to the [NRF] is consistent with their readiness for rapid deployment, again, if activated,” Kirby added.

If NATO moves to activate the response force, or in the event of a “deteriorating security environment,” Kirby stated the US “would be in a position to rapidly deploy additional brigade combat teams, logistics, medical, aviation, intelligence, surveillance and reconnaissance, transportation, and additional capabilities into Europe.”

The Pentagon’s announcement comes after The New York Times reported Sunday that President Joe Biden was considering deploying thousands of US troops, as well as warships and aircraft, to NATO allies in the Baltic States and Eastern Europe.

Kirby noted at his news briefing that Austin “will continue to consult” with Biden, and the US “will maintain close coordination with allies and partners as we continuously review our force posture and make decisions regarding movement of forces into and within Europe.”

Meanwhile at the White House, Biden held a secure video call in the Situation Room to discuss the Russia-Ukraine crisis with the leaders of France, Germany, Italy, Poland and the UK. NATO’s secretary general and the presidents of the European Commission and the European Council also participated in the call.

Of the roughly 8,500 US-based personnel who Austin placed on heightened alert, “the bulk of them are intended for” the NATO Response Force, Kirby said, although Austin wants the US “to be ready for any other contingencies, as well.”

Kirby said he was unable to provide a breakdown on the number of troops who would contribute to the NATO force and who would represent the US unilaterally.

“It really depends on the need” among America’s allies, he added.

The White House announced in a statement Biden and some of his European counterparts, as well as the European Commission president and the NATO secretary general discussed earlier security consultations with Russia and possible anti-Russian sanctions.

“President Biden held a secure video call with European leaders today. They reiterated their continued concern about the Russian military build-up on Ukraine’s borders and expressed their support for Ukraine’s sovereignty and territorial integrity,” the statement said, adding, “The leaders underscored their shared desire for a diplomatic resolution to the current tensions and reviewed recent engagements with Russia in multiple formats.”

“The leaders also discussed their joint efforts to deter further Russian aggression against Ukraine, including preparations to impose massive consequences and severe economic costs on Russia for such actions as well as to reinforce security on NATO’s eastern flank,” the White House press service added, saying, “They committed to continued close consultation with transatlantic Allies and partners, including working with and through the EU, NATO, and the OSCE.”

Biden stated he had had “total unanimity” with European officials and leaders during a Ukraine-themed conversation on Monday night.

“I had a very, very, very good meeting. Total unanimity with all the European leaders. We’ll talk about it later, thank you,” he told members of his administration during a meeting, broadcast by the White House’s website.

Biden’s conversation with European leaders and officials lasted more than one hour, a White House official has told reporters.

The UK prime minister’s press office said in a statement after a video conference on Monday night that leaders of the United Kingdom and other leading NATO member states agreed that “an unprecedented package of sanctions” should be imposed on Russia if it invades Ukraine.

“The leaders agreed that, should a further Russian incursion into Ukraine happen, allies must enact swift retributive responses including an unprecedented package of sanctions. They resolved to continue coordinating closely on any such response,” the statement added.