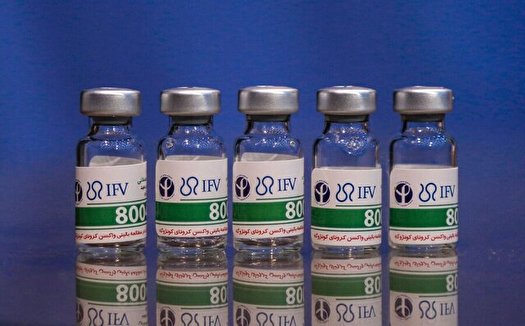 Iran’s Deputy Health Minister and Head of Food and Drug Administration Mohammad Reza Shanehsaz has announced that Pastu Covac vaccine, developed jointly by Iran and Cuba, has been added to available coronavirus shots in Iran.

“Fortunately, the first batch of a 6 million dose shipment of Pastu Covac vaccine was delivered and distributed yesterday,” Shanehsaz said on Tuesday.

“We hope that this number of Pastu Covac vaccines will increase to 10 million doses. The increase in production depends on an agreement between the Pasteur Institute of Iran and the Cuba’s Finlay Vaccine Institute,” he added.

Pastu Covac is developed jointly by the Iranian and Cuban institutes, and is believed to be one of the safest coronavirus shots available for injection in children aged 2-18.

Iran has been domestically manufacturing several types of vaccines to battle the outbreak of the deadly respiratory disease.

The Islamic Republic, which has been hit by five waves of the outbreak, is also producing COVID-19 shots jointly with Cuba, Russia, and Australia.

Meanwhile, Health Ministry figures showed on Tuesday that 216 more Iranians lost their lives to the disease over the past 24 hours.

Based on official figures, over 121,500 Iranian have died from the disease so far.
Iran has in recent weeks accelerated imports of different types of vaccines and stepped up inoculations in a bid to contain the outbreak.

The country has so far administered over 59,658,000 doses of coronavirus shots.