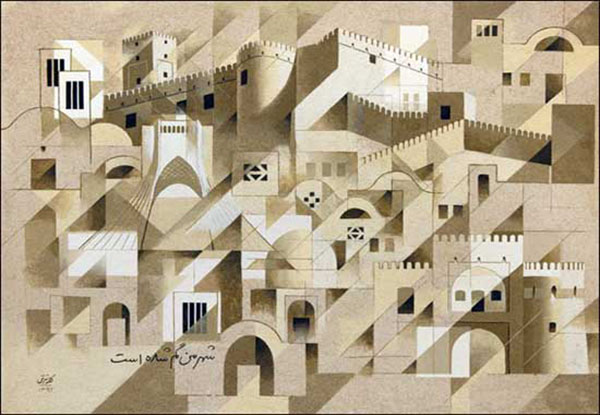 Iranian Architecture Narrated by the Painter of Desert Landscapes Parviz Kalantari: “I was asked what type of a city is an Iranian city. I replied, ‘A city with a poet sitting behind each one of its windows.’”

Parviz Kalantari: “I was asked what type of a city is an Iranian city. I replied, ‘A city with a poet sitting behind each one of its windows.’”

There are very few who can specialize in one artform but still collaborate with other major ones. In this land, a musician usually stays a musician and has nothing to do with graphics or architecture, a painter remains a painter and doesn’t come into contact with literature and stories, a filmmaker doesn’t touch poetry and fantasy, while a poet writes independently of, let’s say, photography or animation. Worse than that, however, is when they all have no mutual understanding of each other and their mutual perspectives on the world. They all live in their lonely artistic cottages, as if on an abandoned archipelago, remaining the silent observers of their own universe. 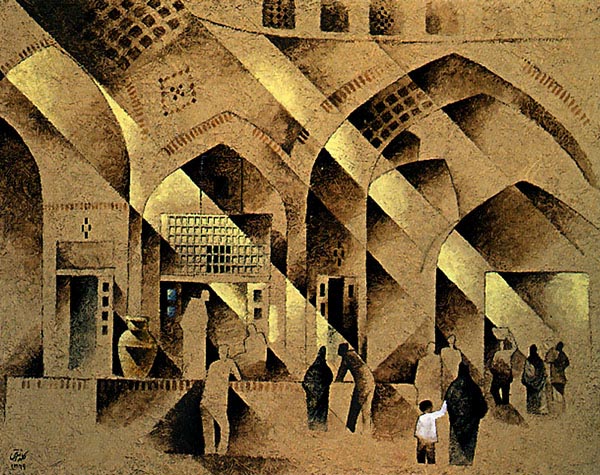 In a world like this, how many years must pass until someone like Parviz Kalantari comes along, becoming the painter of his homeland’s desert landscapes, being inspired by Iran’s geography, someone acquisitive, different, and deeply loyal to the painting of local elements? If we want to highlight a constant element in Kalantari’s work, undoubtedly Iranian architecture is the most significant one. Kalantari, however, is not merely trying to represent the architecture. He sees the world around him through his own specific ideology. We can understand this better in his own words:

“I want to be loyal to my country’s native elements, because these elements define my identity. The question for an artist is “Who am I? Where am I standing? And how do I look at the world?” “After the UNESCO project on Iranian cities through the eyes of an Iranian painter, they put my painting on the wall and unveiled it. I was immediately asked what type of a city is an Iranian city. I replied, ‘A city with a poet sitting behind each one of its windows.’” 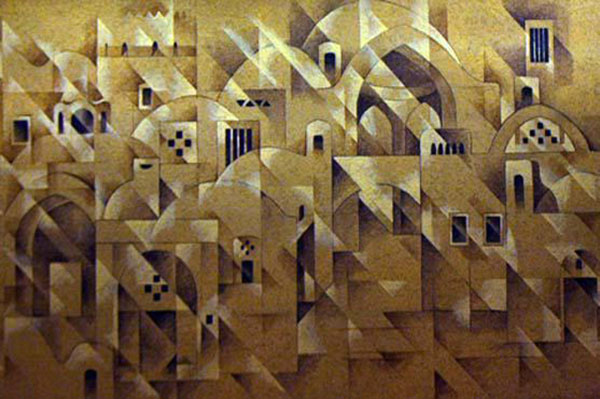 “Today, the geography of the country has changed so much that there is no sign of the old one. Towns have sprouted everywhere like mushrooms, towns with no identities. Our villages are defined by their own cultures and languages, and have their own environments, but the new cities and towns lack these characteristics.” Parviz Kalantari, the Iranian painter, designer, writer and journalist was one of Iran’s modernists. He was a world-famous artist and his painting “Iranian City” decorated the wall of the UN building. Another of his artworks was printed as a UN postage stamp. He pioneered a new technique in Iranian visual art by using thatch in his paintings. Kalantari passed away on May 20, 2016, after a long illness.