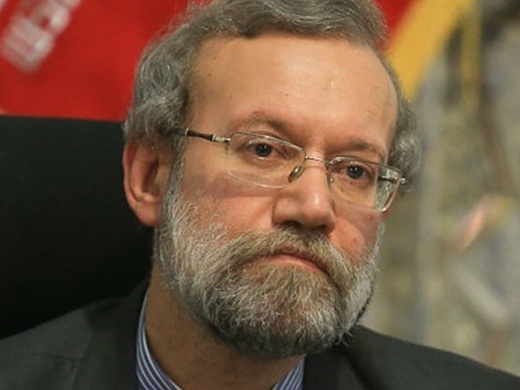 According to an edict by the Supreme Leader which bans the proliferation and stockpiling of nuclear weapons, the West should not be worried about Iran’s peaceful nuclear program, said Larijani.

Larijani made the remarks in a meeting with visiting Speaker of Malaysian House of Representatives Pandikar Amin Mulia.

Larijani said that the Western governments should not be worried about Iran’s peaceful nuclear program following the Fatwa (religious edict) issued by the Supreme Leader of the Islamic Revolution banning the proliferation and stockpiling of nuclear weapons.

He said that Iran and Malaysia have historical amity and cultural affinities and the two countries have taken major strides to bolster relations and cooperation.

The stage is set for expansion of political, economic, commercial, cultural and tourism cooperation between the two countries, he said.

On regional and international developments, Larijani said time is ripe for leaders of the Islamic states to depict the real image of Islam by developing unity and solidarity, Larijani said.

Speaker of the Malaysian House of Representatives, for his part said Malaysia attaches importance to expansion of political, parliamentary, economic, commercial and cultural cooperation between the two countries and is determined to deepen and broaden such ties.

Iranian people are the true friends for the Malaysian people, he said and called for expansion of relations and cooperation between the two nations.

There exists good potential in cultural fields as well as tourism industry in both countries which should be explored, he said.

Iran and Malaysia have the same stand on extremists and terrorist groups in the region mainly with IS, he said adding that Malaysia has taken required legal measures to deal with their ideology and the activities of extremist groups.

All Muslim states should seriously thwart extremism and violence, he said.

He expressed satisfaction with the Iranian significant achievements in nuclear talks with the Western governments and expressed hope that lifting economic sanctions will help expand economic cooperation.