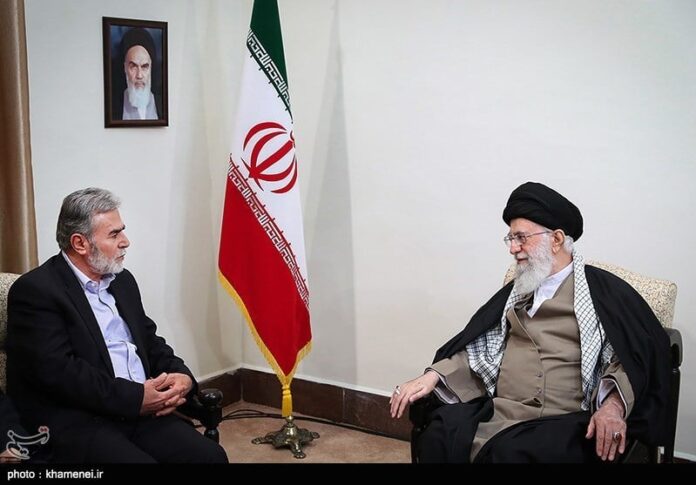 Leader of the Islamic Revolution Ayatollah Seyyed Ali Khamenei admired recent victories of Palestinians in their battle against the Israeli regime, expressing hope Palestinians would form a government in Tel Aviv in the future.

“The Palestinian people’s victory in recent years has not had the meaning of capability to establish a government in Tel Aviv, but this will also materialize by God’s grace,” Ayatollah Khamenei said in a meeting with Secretary General of the Palestinian Islamic Jihad resistance movement Ziad al-Nakhala in Tehran on Monday.

The Leader said Palestine’s true victory is the fact that while the Arab armies have been unable to defeat the Zionist regime, the Palestinian people and the resistance groups have brought Israel to its knees.

“You will win even greater victories by God’s grace,” Ayatollah Khamenei told Nakhala.

The Leader explained that a clear principle in Palestine’s encounter with Israel is that resistance leads to victory.

“Fortitude and resistance have been the reason for the constant victories of the Palestinian nation in recent years, and in future, as long as the resistance exists, the process of decline of the Zionist regime will continue,” the Leader underlined.

Ayatollah Khamenei also stressed that the heavy pressures from the arrogant powers will never discourage Iran from supporting Palestine on the basis of its divine, religious and rational duty.