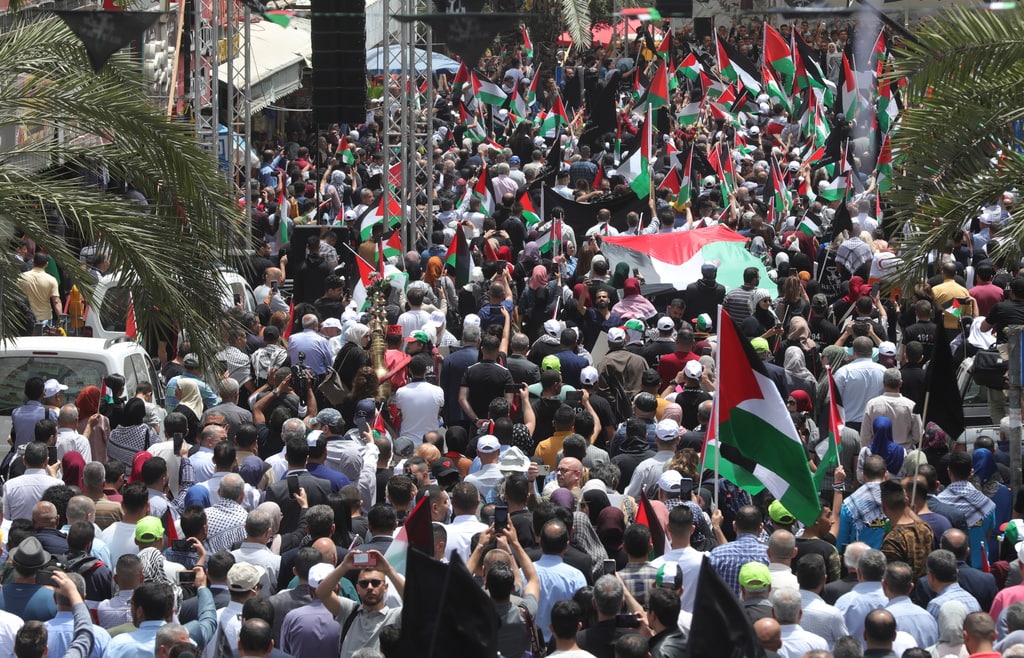 Dozens of Israeli settlers have stormed the al-Aqsa Mosque compound in the Old City of occupied al-Quds under the protection of the Israeli forces, as Palestinians are commemorating the 74th anniversary of the Nakba Day.

The official Palestinian news agency Wafa reported that the settlers entered the compound through the Moroccan Gate in the early hours of Sunday to mark a Jewish religious occasion.

They performed Talmudic rituals at the site, which is venerated by Jews, Christians and Muslims.

Wafa added that dozens of Muslims continued to perform the Duha prayer concurrent with the settlers’ provocative incursions.

Every year on May 15, Palestinians mark Nakba (Catastrophe) Day, the date when more than 700,000 Palestinians were forcibly driven from their homes as Israel proclaimed its illegal existence in the occupied territories in 1948.

Israeli forces are on high alert throughout the occupied territories as Palestinians mark the Nakba Day.

Palestinian activists and local residents of al-Quds have called for greater presence of Muslim worshipers at the al-Aqsa Mosque courtyard to confront settlers’ constant incursions into the holy site and thwart the Tel Aviv regime’s Judaization plans in the occupied city of al-Quds.

The Gaza-based Hamas resistance movement on Saturday warned Israel of a “clash” as it urged Palestinians to flock to the al-Aqsa Mosque compound for Nakba Day.

“The extremist statements calling on [Jews] to storm the al-Aqsa Mosque on Nakba Day and the approval of the occupation forces to do so are a dangerous escalation that constitutes a provocation toward our people and our feelings that will lead to a clash that the Zionist occupier will be held responsible for,” Hamas spokesman Hazem Qassem warned in a statement.

The warning follows weeks of increased tensions and frequent clashes between Palestinians and Israeli troops in the occupied city of al-Quds.

Thousands of people across Europe have also taken to the streets in various European capitals to hold mass rallies in commemoration of the 74th anniversary of ‘Nakba’, or Catastrophe Day and to condemn the recent killing of a veteran Palestinian journalist Shireen Abu Akleh by Israeli forces.