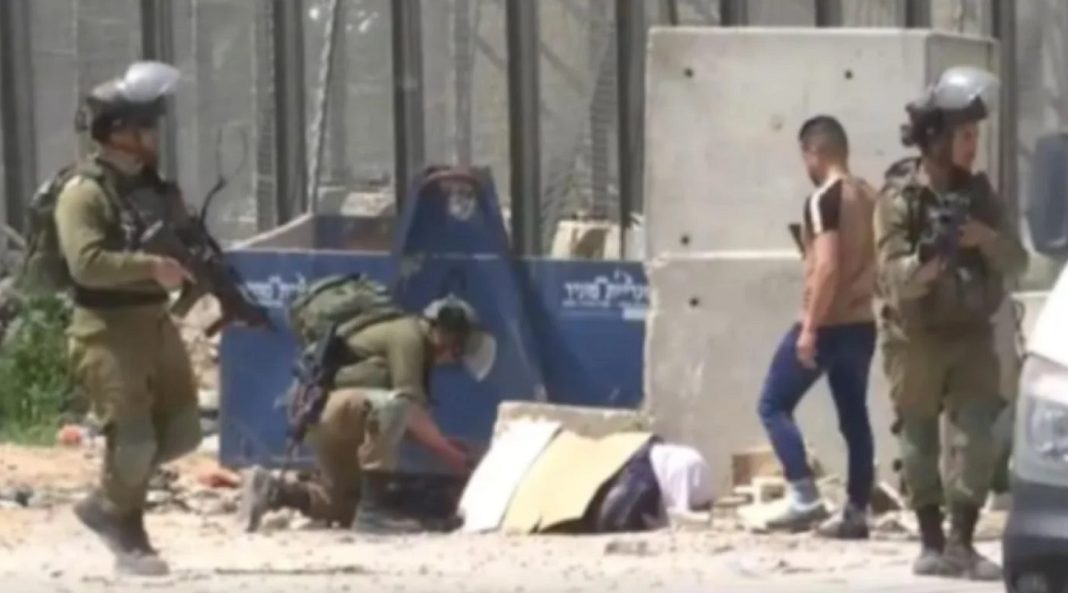 A Palestinian woman has been killed by Israeli forces near the occupied West Bank city of Bethlehem, the Palestinian health ministry confirmed.

The Palestinian health ministry announced the woman, aged in her 40s, died after she suffered a torn artery and massive blood loss.

Earlier, Israeli soldiers launched a new raid into the occupied West Bank district of Jenin, home of the suspected attackers who launched recent deadly attacks in the Tel Aviv area.

One Palestinian was shot dead by Israeli forces in the Jenin refugee camp on Saturday, while at least 10 people were wounded in clashes in Jenin as well as Jericho and Tulkarem on Sunday, the Palestinian Ministry of Health said.

The military operation came after a man from Jenin allegedly killed three Israelis and wounded more than a dozen others in a popular Tel Aviv nightlife area on Thursday evening.

On Friday, Israel claimed it had killed the alleged attacker, Raad Hazem, 28.

A total of 14 people have been killed in four attacks in Israel since March 22, including another shooting incident in Bnei Brak, an Orthodox Jewish city near Tel Aviv.

Over the same period, at least 10 Palestinians have been killed. Israel has also restricted access to Jenin, closed Israeli crossings and stepped up security checks.

The recent violence has come amid heightened tensions during Ramadan, after violence flared during the Muslim holy month last year leading to 11 days of devastating conflict between Israel and Palestinian fighters in the Gaza Strip.