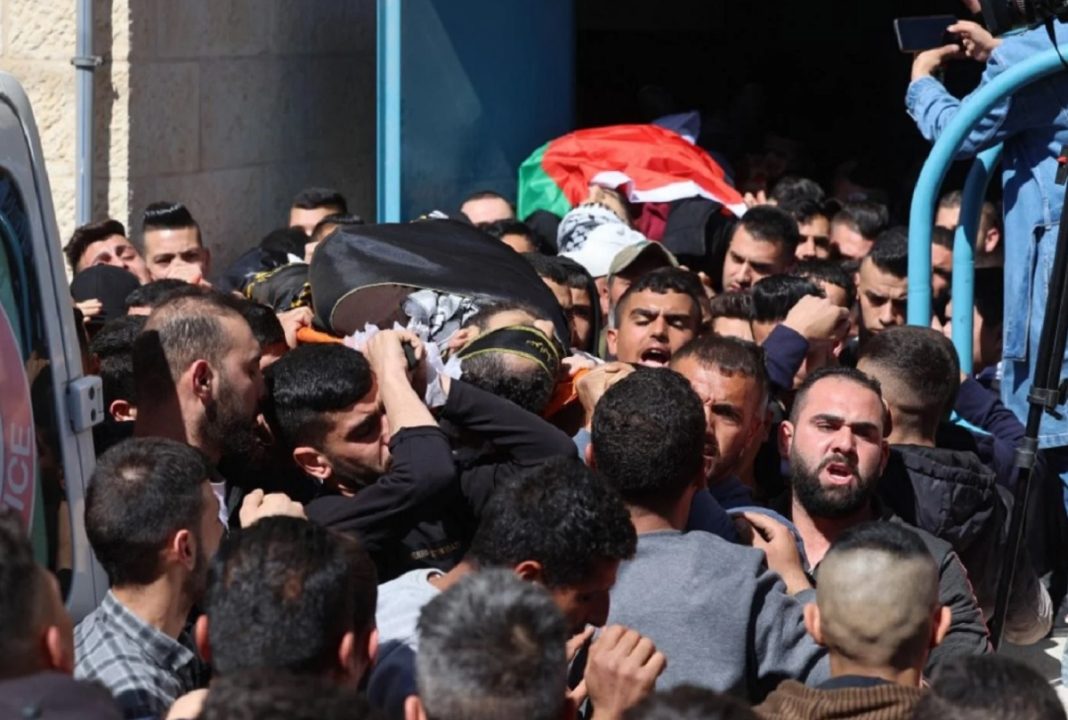 Israeli troops have killed a Palestinian teen and injured another during an overnight raid in Jenin refugee camp in the occupied West Bank.

Identified as Dirar al-Kafrini, 17, by the Palestinian health ministry, the teenage boy was rushed to the Jenin Public Hospital in critical condition, where he succumbed to his wounds inflicted by live ammunition fired by Israeli troops.

The hospital authorities were quoted as saying that the bullets hit him in the shoulder, penetrating his chest, which caused his immediate death.

A funeral procession for al-Kafrini took place on the streets of the Jenin camp shortly after the killing.

According to the Palestinian Al-Wafa New Agency, another person was injured after being hit in the foot and was taken to the Ibn Sina Hospital.

The health ministry said he was shot with live ammunition in the leg and was hospitalised in moderate condition.

It came amid reports that undercover Israeli forces detained 18 Palestinians in multiple West Bank raids by sneaking their way from several directions supported by a military bulldozer on the ground and helicopter in the air.

The undercover unit leading tracking dogs showed up at the house of Bassam Saadi, a 62-year-old former prisoner, muscled inside, and re-arrested him along with his son-in-law Ashraf al-Jada.

Saadi’s wife was injured and local media showed traces of blood on the floor of his home after Israeli soldiers withdrew.

Israeli forces also clashed with Palestinians after storming the city of Jenin, detaining a university lecturer, a former member of Nablus Municipality, and a pharmacist in the northern West Bank city of Nablus.

In a statement on Monday night, the Palestinian resistance movement Islamic Jehad’s armed wing Al-Quds Brigades, announced “a state of alertness and readiness among its fighters and active combat units” which it said comes “in response to its duty towards the treacherous aggression that the great leader, the sheikh Bassam al-Saadi and his family were exposed to in Jenin”.

During the Monday raid, Israeli forces arrested al-Saadi, one of the most senior leaders of the movement in the West Bank.

In recent weeks, Israel has ramped up attacks on Palestinian towns and cities throughout the occupied West Bank. As a result of these attacks, dozens of Palestinians have lost their lives and many others have been arrested.