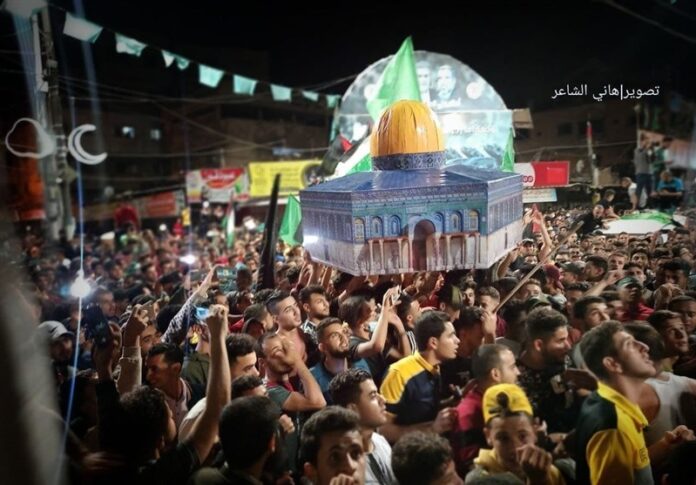 Iran’s Foreign Ministry has offered congratulations on the victory of the Palestinian resistance in defending the cause and the sanctities of Palestinians, and imposing a new equation on the Israeli regime.

In a statement on Friday night, the Foreign Ministry hailed the perseverance and sacrifices of the Palestinian resistance and people, especially in Gaza, in the face of atrocious attacks by the Zionist Israeli regime.

The Ministry reiterated Iran’s support for the Palestinian nation’s struggle, and commemorated the martyrs of Gaza and the entire Palestine.

“Among the blessings of the recent developments were the solidarity of different Palestinian territories and revival of their relations, renewal of discussions on the Palestinian issue in the regional and global levels, widespread public support for the Palestinian resistance and more disgrace for the Zionist occupiers as well as promotion of Quds as a link among all Palestinians and the Islamic world,” the statement read.

“The victorious resistance of the Palestinian people clearly demonstrated the failure of the shameful process of normalisation [of ties with Israel] by some Arab countries.

Therefore, these countries are expected to respect the resistance of the Palestinian people and the lofty ideal of liberation of the holy Quds, reverse the wrong course they are treading, and seriously reconsider their policies.”

The Foreign Ministry also condemned as a horrible crime the Zionist regime’s attacks on residential areas of Palestine and the killing of defenceless people, and urged that the leaders of the regime be put on trial as war criminals and the actions of the child-killing regime be identified as genocide and crime against humanity.

The Foreign Ministry also reiterated the need for enhancing the capabilities of the Palestinian people in legitimate self-defence and upgrading of their deterrent power to prevent new Israeli attacks and acts of aggression.

It also expressed Tehran’s preparedness to send humanitarian and medical aid to the Palestinian people, and urged all relevant organisations and countries to provide the needed facilities for sending aid to the Palestinian people, especially seeing the depth of the inhuman crimes of the Zionist regime in Gaza, worsened by the spread of the coronavirus pandemic in the region.