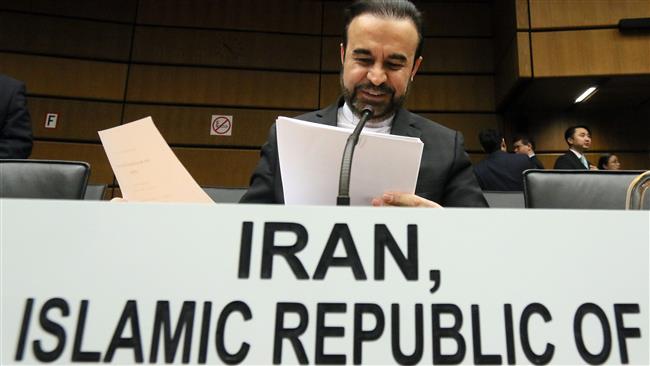 The Iranian ambassador to the International Atomic Energy Agency (IAEA) says the P5+1 group of countries should not take steps that would undermine the implementation process of last year’s nuclear deal with the Islamic Republic.

Reza Najafi said on Thursday that Iran continues to honor its commitments under the agreement dubbed the Joint Comprehensive Plan of Action (JCPOA) and is, at the same time, monitoring if the other sides are fulfilling their obligations.

The accord, which stipulates the lifting of all United Nations Security Council sanctions as well as all nuclear-related unilateral and multilateral bans, should lead to more cooperation between Tehran and the P5+1 states in all areas without any obstacles, Najafi said.

He made the remarks hours after IAEA Director General Yukiya Amano said in his statement to the agency’s Board of Governors that “for the second time since implementation of the JCPOA began, Iran’s inventory of heavy water exceeded 130 metric tons,” but the Islamic Republic has made preparations for its transfer.

Iran’s stock of heavy water will decrease following the transfer to the level agreed under the nuclear deal, the IAEA head added.

Touching on the issue, Najafi said that Iran should export its extra heavy water under the JCPOA and has recently expressed its readiness to do so.

Last week, the IAEA once again confirmed in a report Iran’s full commitment to the nuclear agreement with world powers.

Commenting on the report, Najafi said it “clearly shows that all nuclear-related measures have been completely carried out by Iran.”

Since January, the agency has released regular reports confirming the peaceful nature of Iran’s nuclear activities and Tehran’s commitment to the agreement.

In April, Amano hailed Iran for respecting the nuclear accord, saying the Islamic Republic has even gone beyond its obligations.