Over 2m Iranian Pilgrims Leave for Iraq to Attend Arba’een 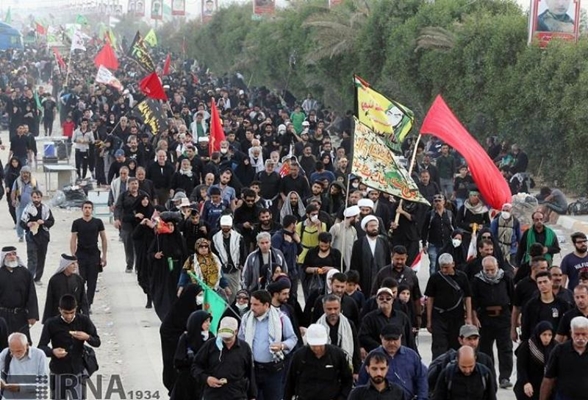 More than 2,000,000 Iranian pilgrims have already crossed the border into Iraq since September 30, 2019 to attend ceremonies marking Arba’een, the anniversary of the fortieth day after the martyrdom of Imam Hussein (AS).

They are to take part in mourning ceremonies in the Iraqi city of Karbala which hosts the holy shrine of Imam Hussein, the third Shiite Imam.

“The number of pilgrims who have crossed land and air borders [into] Iraq since September 30 has crossed the 2-million mark, and the figure is expected to cross 2.2 million today,” said Hossein Sajedinia, the deputy Iranian police chief for operations.

He said border exit points are overcrowded, but that people are smoothly crossing through the gates.

He urged pilgrims to use all three border exit points to prevent overcrowding at the Khosravi border checkpoint, which is a popular exit point for Iranians leaving the country.

Each year, a huge crowd of people flock to Karbala, where the holy shrine of Imam Hussein is located, to perform mourning rites.