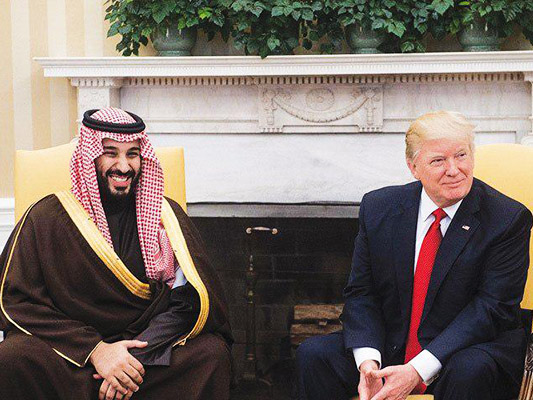 The renowned US director Oliver Stone has criticised the US foreign policy in the Middle East, lamenting that the county has joined hands with Israel and Saudi Arabia to harm Iran.

“US, Israel, and Saudi Arabia, three dangerous heavyweights, verbally attack Iran almost every day for imaginary reasons, while not living up to the spirit of the international [nuclear] agreement [signed] in 2015,” he wrote in a post on his Facebook page.

The filmmaker said the three are implementing plans to divide the war-stricken Syria, wreck Iran and destroy the Middle East.

“That’s beyond sick, but it’s the product of the neoconservative game plan from [George W.] Bush’s term,” he said.

The director, who was in Tehran last month on his first visit to Iran to attend the 36th edition of Fajr International Film Festival, described Iran as a beautiful country with a 2,500-year-old culture and history and people of warm hearts.

During his stay in Tehran, Stone said he visited Ebrat Museum, formerly a prison run by SAVAK, the brutal security service of the US-backed Pahlavi regime in Iran.

Stone described the museum as “horrifying”, lamenting that thousands of opponents of Mohammad Reza Pahlavi were tortured and killed in the prison with the help of “techniques and training” provided by the Central Intelligence Agency.

The director said he also visited Tehran’s Peace Museum, which is devoted to the victims of chemical weapon warfare during Iran-Iraq war (1980-1988).

“[In the war], [former Iraqi dictator] Saddam Hussein, our then-ally, used extensive WMD–mustard gas and other, with our assistance, to attack Iran,” he said.

“I also met the walking-wounded veterans of WMD war. It’s a shock. And yet we ‘false flag’ WMD in Syria and Iraq all the time. We love chemical warfare by proxy. That’s so sick!” he wrote, referring to US claims that the Syrian government has several times used chemical weapons to attack foreign-backed militants fighting it.