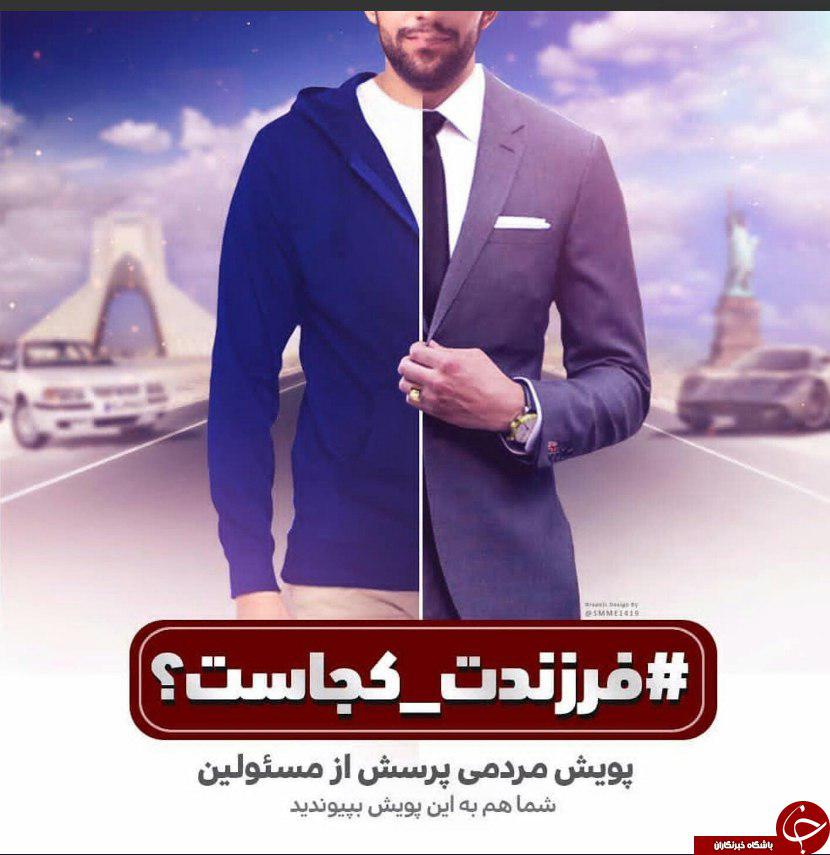 Several Iranian officials have responded to the social media campaign #Where_Is_Your_Child, which aims to shed light on nepotism that some believe plagues the country and is partly to blame for rampant corruption and mismanagement.

In the campaign, Iranian netizens have called on officials to disclose the place of residence, education and job status of their children.

The campaign was launched after photos of the lavish wedding ceremony of Mohsen Moradian, the son of Iran’s Ambassador to Denmark Morteza Moradian, went viral.

The ceremony was reportedly held in a luxury hall in Denmark in summer 2017.

In recent months, Iranian social media users have been engaged in a heated debate over nepotism in the public sector.

Although the phenomenon is not something new, the increasing economic hardships and the high rate of unemployment have unprecedentedly expanded the scope of the recent debate.

People, particularly the army of the unemployed, are taking to social media to criticize the appointment of relatives of high-ranking officials to sensitive governmental positions.

The issue was rekindled when Hamidreza Aref, an Iranian businessman who is a son of former vice president and current lawmaker Mohammad Reza Aref, gave an interview about his business successes last year.

In the interview, Hamid talked about his rapid progress in business, which began flourishing in early 2000s, when his father was an ICT minister and a first vice-president under reformist president Mohammad Khatami.

Asked about the reason behind has success, Hamid said he believes the “good genes” he inherited from his parents were key to his success.

His words sparked a debate on social media, with many people mocking him with the claim that his success was related to the position of his father as a minister and vice-president and not his qualities.

Good gene was used as a hashtag in social media, with people lamenting talented people who are not close to high-ranking officials find it difficult to land themselves a job and are forced to migrate from Iran, but relatives of officials who lack enough skills or experience are appointed to top positions.

As a notable example, users point to the young Ahmad Araqchi, a nephew of Iran’s Deputy Foreign Minister Abbas Araqchi, who was appointed as deputy governor general of Iran’s Central Bank despite his little experience. Araqchi was recently sacked and arrested amid the foreign currency crisis in Iran.

So far, a handful of Iranian officials have joined the campaign, including the top Iranian diplomat and the country’s incumbent culture minister.

Culture Minister Seyyed Abbas Salehi was the first official to join the campaign. He said his older son has a master’s degree from University of Tehran and is a freelance researcher; his second son has just graduated from Isfahan University; and his little daughter is a student in a public primary school.

Hessamoddin Ashna, an advisor to Iranian President Hassan Rouhani, said one of his sons is a Sharif University graduate who is seeking to get his PhD and the other is a high-school student.

Mohammad Ali Abtahi, a former vice president, said one of his daughters is a teacher, another is a part-time help desk technician in a private sector firm and the last daughter is a student at the University of Tehran.

Shahindokht Molaverdi, the Iranian President’s Special Assistant for Citizens’ Rights Affairs, said one of her daughters holds a master’s degree in English literature from Shahid Beheshti University and is a freelance translator, and her other daughter has a bachelor’s degree in painting from Art University and is taking a jewellery-making course in Iran’s Technical and Vocational Training Organization.

Mohsen Hashemi Rafsanjani, the head of Tehran City Council, also said he has three sons, two of them are studying at Iranian universities and the other abroad.