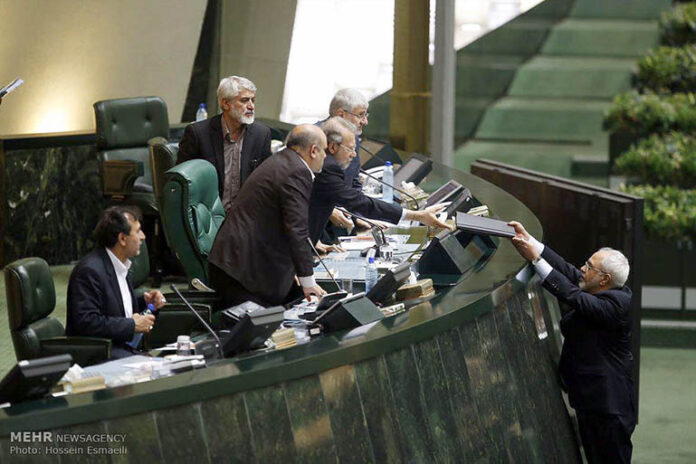 Images of Iranian nuclear negotiators in parliament to present a report to MPs on the nuclear deal with P5+1.

Foreign Minister Mohammad Javad Zarif, Director of the Atomic Energy Organization Ali Akbar Salehi and other negotiators went to parliament on Tuesday to present a report to MPs on talks with six world powers and the deal Iran struck with P5+1 in Vienna on July 14.

The following images of the nuclear negotiators in the Islamic Consultative Assembly have been released by the Islamic Republic News Agency (IRNA):