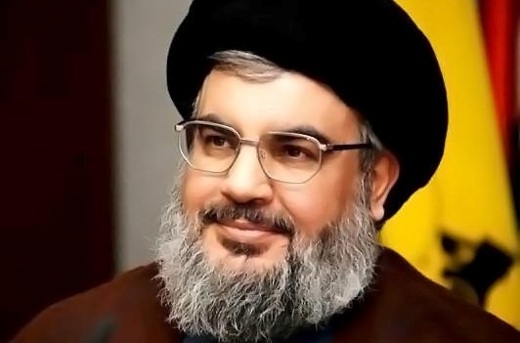 As a result of the deal Iran will become wealthier and more influential, Secretary General of the Lebanese Hezbollah Seyyed Hassan Nasrallah said.

Secretary General of the Lebanese Hezbollah Resistance Movement Seyyed Hassan Nasrallah hailed Tehran’s nuclear deal with world powers, saying that it will make the country a more influential power in the Middle East.

“There is no doubt that the Iranian nuclear deal will be big and important to the region,” Nasrallah said in a live interview with Syria’s al-Ekhbariya TV. “The agreement, God willing, rules out the specter of regional war and world war.”

“Iran will become richer and wealthier and will also become more influential. This will also reinforce the position of its allies.”

“A stronger and wealthier Iran will be able to stand by its allies, and especially the Palestinian resistance, more than at any other time in history,” the Lebanese Daily Star quoted him as saying.

He went on to say that Israel’s rejection of nuclear talks between Iran and world powers, in light of a framework agreement announced last week, and Saudi Arabia’s implicit opposition to it, reveals the importance of these talks.

“There is no doubt that an agreement will have repercussions on the region,” he said.

Nasrallah said that negotiations have also revealed that talks are not linked or related to developments in the region. “The Americans had insisted on bringing regional issues to the negotiation table, but the Iranians refused,” he said.

On the accusations of Iranian occupation of Syria, Nasrallah said that the first to talk about an occupation was Saudi Arabia because the kingdom did not acknowledge the will of free peoples.

This is a “problem in the mentality of the Saudi regime.” They claim that Iran occupied Syria, in the same way they claim Iran occupies Yemen, he said.

But “there is no Iranian military presence in Syria.”

He reiterated his belief that the Yemen war was motivated by Saudi Arabia’s desire to reclaim control over the country. The kingdom also wanted to intervene in Yemen because Sana’a was moving toward full independence, he said.

Nasrallah added the Saudi-led military intervention in Yemen has so far failed to achieve any of its declared objectives. “This confirms the big failure of the Saudi-US aggression,” he said.