Nuclear deal does little to end US enmity toward Iran 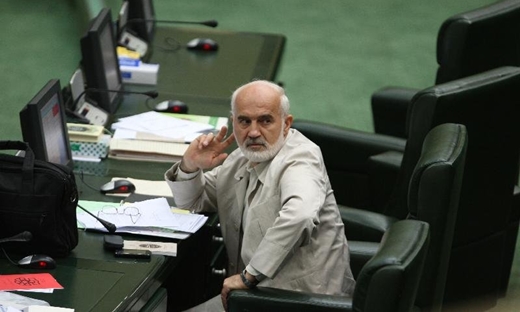 Ahmad Tavakoli, a Tehran MP, has said that the Islamic Republic of Iran and the United States are not expected to make friends thanks to the historic nuclear deal between Iran and P5+1.

A Tehran MP has said that those who think the deal Iran has inked with six world powers in mid-July will make the US animosity toward the Islamic Republic disappear are mistaken.

Ahmad Tavakoli made the comment in an interview with Fars News Agency on Saturday (July 25) and added that the hostility and feud of the Americans is clearly evident and the grudge they nurse at heart is far bigger than the words they use when dealing with Iran.

His remarks were a reaction to comments by US Secretary of State John Kerry who told a Senate Foreign Relations Committee hearing: “If Iran fails to comply [with the deal]… we will be able to respond accordingly by re-instituting sanctions all the way up to the most draconian options that we have today. None of them are off the table at any point of time.”

The following is the translation of part of Tavakoli’s remarks in the interview:

Tavakoli said that some wrongly assume that the Americans have befriended Iran after the conclusion of the nuclear deal, adding American animosity toward Iran is much stronger in their hearts.

He said that the US enmity toward Iran is not history thanks to the nuclear deal, adding that the Americans have adopted a hostile attitude toward Iran because of Tehran’s support for the Axis of Resistance in the region. “What they accuse us of is far from the truth. We have supported and will continue to support Palestine, Lebanon, Syria, Yemen and Iraq. They claim that we are assisting the terrorists, but they are the ones who lend support to the terrorists”.

The MP went on to say, “We have not befriended the Americans; we have only clinched an agreement with them over an issue; … We should know that the US would have already launched a military attack against Iran if it had been able to. Even the critics of the Iran nuclear deal in the US are not ready and willing to foot the bill of a war [against Iran].”