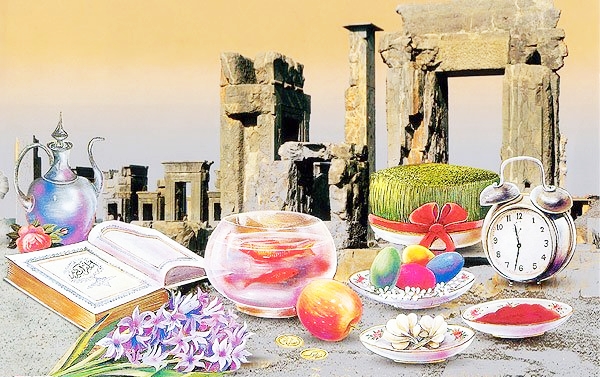 The Iranian author of Nowruz in the Four Corners of the World, Dariush Mohajer, pointed to the influence of Nowruz around the world, in regions like the south of Algeria, Western China and Ethiopia.

In an interview with IBNA, Dariush Mohajer, the author of Nowruz in the Four Corners of the World, acknowledged Iranian culture as a global culture and stated, “We come across many Iranian cultural elements in regions which have never been ruled by the Persian Empire.”

This author said: “Nowruz is a beautiful phenomenon and despite all persisting problems, will remain forever. There are about twenty regions in the world which are impressed by Nowruz, and in the year 2010, the Assembly of the United Nations International recognized Nowruz as a global day.

He added some points about the Mozabites and said: “The first Islamic government was formed in this region by someone of Iranian descent called Abdolrahman Ibn Rostam. He and his followers were among the Khawarij and after they came to the area, they were called ‘Rostamian’ or ‘Rostamouyeh’.”

Stating that the Mozabites had inherited some of their fathers’ features, he said: “They used to clean their houses and streets and alleys on the eve of spring and wore new clothes and visited their relatives. Therefore, despite the changes happening in the region in more than a thousand years, climatic changes have not forced them to give up some of their traditions.

In another part of his speech, Mohajer pointed to a group of people living in the Western provinces of China named Uyghurs who celebrate Nowruz. Some scholars believe that the Uyghurs were Manichaeists before they adopted Islam.

He continued, saying that it is interesting to know that this group of people use Persian vocabulary and pray in Persian. This is despite the fact that since 1947 (the time of Mao), Persian language has been banned, but these people are still using it in China. Moreover, this area has never been ruled by the Persian Empire.