Nothing Finalized on Demarcation of Caspian Sea Boundaries: Iran 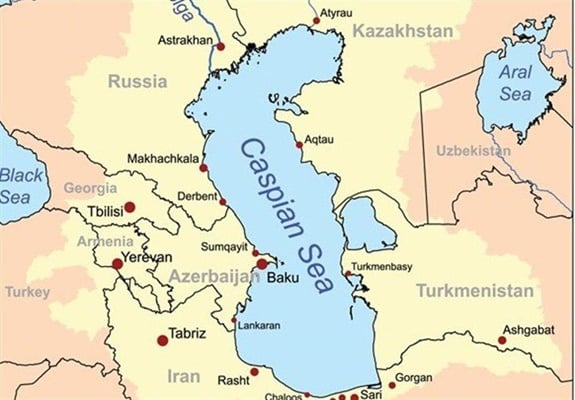 Speaking to the Islamic Republic News Agency (IRNA) on Sunday, Mousavi said there has been no development regarding the legal regime of the Caspian Sea, and discussions have not gone beyond the level of general talks and cooperation among the littoral states.

Asked about concerns over the demarcation of the Caspian Sea’s boundaries, Mousavi said, “Dr Zarif’s recent participation in the parliament’s session was just aimed at answering the respected lawmakers’ last year’s question. Legal talks over the issue have not been finalized.”

“Negotiations held so far have been limited to the generalities of cooperation among Caspian Sea littoral states, and nothing has been finalized and agreed upon regarding the legal regime and division of the seabed and sub-seabed,” he added.

Mousavi said the Caspian Sea, encircled by five countries, has its own complications and specifics, and that is why its legal regime has not been finalized yet.

“All the five [Caspian] countries have been trying to reach a solution, which requires very detailed and onerous technical and legal work, which is currently underway,” he said, rejecting the comments made about the issue as unjustified.

“Negotiations over methods of drawing the straight baseline must first be finalized. Then, based on that, the legal regime of demarcation of boundaries must be developed in the form of a five-way agreement. Then a related bill must be proposed to the Parliament for final ratification. But none of these steps have been taken so far,” he noted.

Back on August 2018, the presidents of the five states bordering the resource-rich Caspian Sea signed a historic convention on the sea’s legal status after more than two decades of discussions.

The deal was signed by Iranian President Hassan Rouhani and his counterparts from Russia, Azerbaijan, Kazakhstan, and Turkmenistan, Vladimir Putin, Ilham Aliyev, Nursultan Nazarbayev and Gurbanguly Berdymukhamedov, respectively, after the 5th Caspian Summit in the Kazakh port city of Aktau.

The Caspian Sea convention was drawn up in 24 articles with the most important highlights being a ban on military presence of all foreign countries in the sea and transit of military consignments belonging to foreign countries.

The convention emphasizes that the Caspian Sea belongs to all littoral states, prohibiting establishment and handing over of any kind of military bases to foreign countries.

The Caspian Sea Legal Regime Convention also puts emphasis on sovereignty and sovereign rights of littoral states while recognizing their right to decide on the sea.

The five states, however, failed to reach an agreement on certain unresolved issues including delimitation, the shares of the sea and its resources.

The Caspian Sea is the largest enclosed body of water by area and is variously classified as the world’s largest lake or a full-fledged sea.

The Caspian Sea littoral states have been discussing a convention on the sea’s legal status for years, which will finally turn out to be a comprehensive document outlining the duties and rights of the five littoral states as well as the framework of cooperation among these countries.