No one could claim Iran pursuing non-peaceful nuclear program: Rouhani 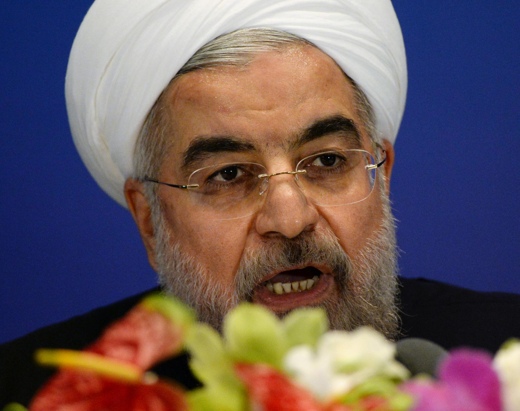 The president urged Non-Aligned member states to drop non-realistic missions and try to focus on areas of joint scientific and technological cooperation.

President Hassan Rouhani said that no one now could claim that Iran is pursuing non-peaceful goals in its nuclear program.

He made the remarks on Monday while addressing the opening of a meeting of Science Ministers of the Non-Aligned Movement (NAM) member states.

He said those who are imposing sanctions against Iran as well as the ones who are running projects to make Iran’s nuclear program a matter of security, are both well aware of the real objectives of the Iranian nation and government.

The president also stressed that today in the world nobody could ever claim that Iran’s nuclear program is non-peaceful.

He said Iranians are under a lot of pressure only because of their determination to safeguard their inalienable right to nuclear technology for civilian purposes.

Discrimination in science, he added, is now used as a tool to keep up the process of underdevelopment, poverty and unemployment in non-developed countries.

He went on to underscore the need for independent countries to adopt collective policies to confront this trend.

The Iranian president also stressed that as long as politicians in developing countries fail to make any reforms and establish a proper link between science and industries, the brain drain will continue in their countries.

He urged the NAM member states to drop non-realistic missions and try to focus on areas of joint scientific and technological cooperation.

He said each NAM country enjoyed remarkable scientific capacities which could be shared with other member states.

President Rouhani said that scientific and technological cooperation within the NAM could serve to enhance progress and prosperity in member states and in the long run help attain the ultimate goal of the organization which is to establish peace and equality in the world.

He said extreme poverty and unemployment in developing countries which is exacerbated in turn by an impotent global political and economic system paves the way for growing extremism and violence in the world.

The president highlighted the right of people to knowledge and technology as an inalienable one.

As learning and teaching knowledge have no borders, he said, the benefits gained from them have no limits either.

Representatives from 58 countries and international organizations, as well as 31 science ministers from the Non-Aligned Movement (NAM) states are participating in the meeting which is hosted by Iran’s Ministry of Science, Research and Technology.

This is the first specialized summit on science and technology by NAM.

It is aimed at boosting major policy-making cooperation among the member states and improving the movement’s diplomacy of science and technology.