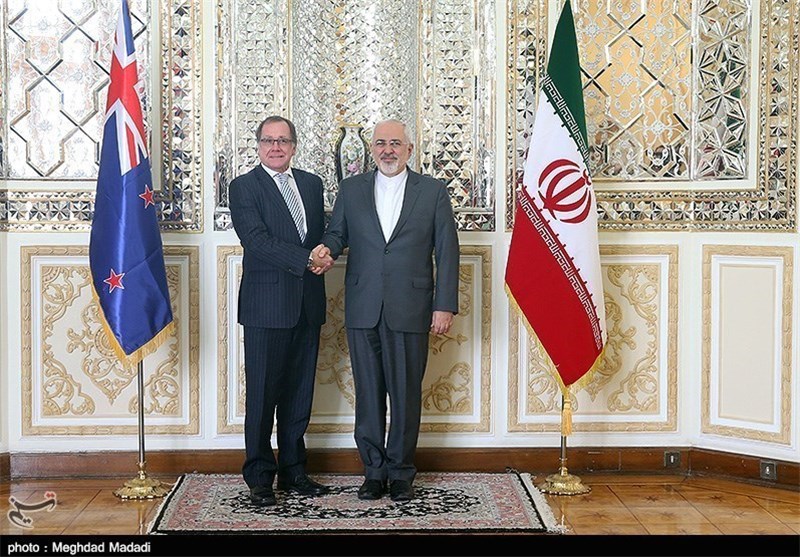 New Zealand Foreign Minister Murray McCully stressed the need for promotion of bilateral relations between the Oceanian country and the Islamic Republic of Iran.

Speaking at a joint press conference with Iranian Foreign Minister Mohammad Javad Zarif here in Tehran on Saturday, McCully said he has made the trip to Iran due to his commitment to boosting the relations between the two countries.

New Zealand’s top diplomat further expressed the hope that through political and economic negotiations, new opportunities would be provided for the two countries to strengthen Tehran-Wellington ties.

Zarif, for his part, said that over the past months, good relations have been established between the two sides, which will further expand with upcoming visits to Iran by various delegations from New Zealand.

Back in March, Zarif paid an official visit to New Zealand as part of his tour of Southeast Asia and Oceania, which also took him to Indonesia, Singapore, Brunei, Thailand and Australia.

During his trip to New Zealand, the Iranian top diplomat held separate meetings with senior officials of the Oceanian country, including Prime Minister John Phillip Key.

The new wave of interest in ties with Iran follows the finalization of a nuclear deal between Tehran and the Group 5+1 (Russia, China, the US, Britain, France and Germany) on July 14, 2015.

The comprehensive nuclear deal, known as the Joint Comprehensive Plan of Action (JCPOA), came into force on January 16, terminating all nuclear-related sanctions imposed on Iran.