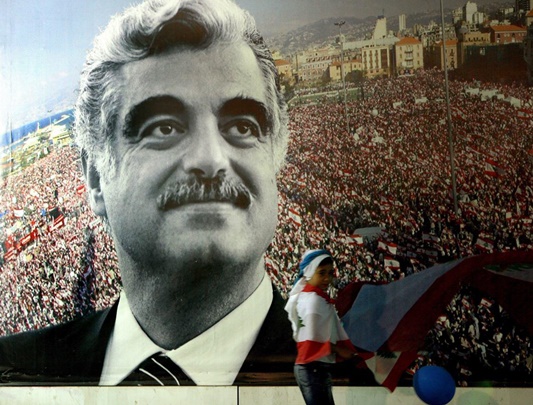 A senior US Senator says he has found new evidence that shows the roles of Riyadh and Tel Aviv in the assassination of former Lebanese Prime Minister Rafic Hariri.

While top Obama administration officials are still trying to exert last-minute pressure on lawmakers to help sustain Obama’s veto of legislation that would allow families of the victims of the Sept. 11, 2001 attacks to sue Saudi Arabia on October 16, 2016, Chuck Grassley the chairman of the Senate judiciary committee and the senior United States Senator from Iowa, in an interview with Politico voiced Senate serious support for 9/11 bill.

He stated that some newly obtained documents showed that the assassination of Rafic Hariri, the former Lebanon Prime Minister was carried out by Israel and the help of Saudi Arabia.

“In the Congress, some definite evidence proposed by a retired pentagon member proving Saudi Arabia’s direct role in other terrorist operations including Rafic Hariri’s assassination. I’ll firmly back the legislation,” Grassley said, as reported by Politico and covered by IFP.

Senate Majority Whip John Cornyn (R-Texas) also in a private meeting with 9/11 families in his office pointed out to the lately revealed evidence and said he will continue to work with colleagues in the Senate to back the legislation.

“It should be 100-0, but I don’t expect that it will be,” Grassley said of a vote to override a veto of the 9/11 bill. “If people don’t want to override the veto, they should’ve expressed their opposition earlier.”

Rafic Hariri the former Prime Minister of Lebanon, was killed along with 21 others in an explosion in Beirut on 14 February 2005. During that time, media especially the Israeli daily Ha’aretz condemned Lebanese militia Hezbollah and made them responsible for the assassination.

Along with submitting 9/11 bill allowing families of victims to sue Saudi Arabia, voices came out that Saudi Arabia was also involved in Rafic Hariri’s assassination planned by Israel in 2005 and also it had role in promoting terrorism in the United states and Europe. This is why the senators are vowing to decisively support 9/11 bill and override President Obama’s veto.