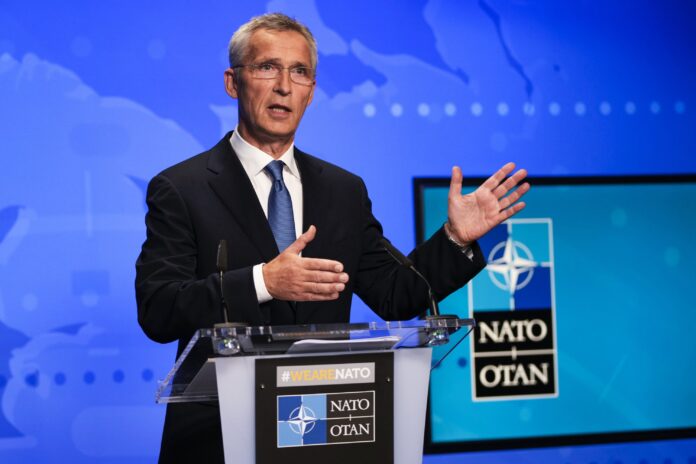 NATO secretary-general says countering ‘the security threats’ from the rise of China will be an important part of the alliance’s future rationale. Jens Stoltenberg has predicted Beijing rising will impact NATO’s security.

In an interview with the Financial Times, Stoltenberg stated China was already having an impact on European security through its cyber capabilities, new technologies and long-range missiles.

How to defend NATO allies from those threats will be “thoroughly” addressed in the alliance’s new doctrine for the coming decade, he added.

The military alliance has spent decades focused on countering Russia and, since 2001, terrorism. The new focus on China comes amid a determined shift in the US’s geopolitical orientation away from Europe to a hegemonic conflict with Beijing.

“NATO is an alliance of North America and Europe. But this region faces global challenges: terrorism, cyber but also the rise of China. So when it comes to strengthening our collective defence, that’s also about how to address the rise of China,” Stoltenberg said.

“What we can predict is that the rise of China will impact our security. It already has,” he added.

NATO will adopt its new Strategic Concept at a summit next summer, which will outline the alliance’s purpose for the following 10 years. The current version, adopted in 2010, does not mention China.

The NATO alliance is seeking a new direction following the end of its 20-year deployment in Afghanistan, while discussions over the future of the US military presence in Europe are ongoing.

Stoltenberg, the former Norwegian prime minister who is set to step down next year after almost eight years at the helm, said that NATO allies would seek to “scale down” activities outside of their borders and “scale up” their domestic defensive resilience to better resist external threats.

“And of course they have more and more high-range weapons that can reach all NATO allied countries. They are building many, many silos for long-range intercontinental missiles,” he continued.

China tested a nuclear-capable hypersonic missile in August, the FT reported over the weekend, demonstrating an advanced long-range weapons capability that surprised US intelligence and underscored the rapid military progress China has made on next-generation weapons.

But any suggestion of a shift away from deterring Russian aggression would meet protests from Eastern European member states that view Moscow as an existential threat and the alliance as their sole security guarantor.

Stoltenberg stressed Russia and China should not be seen as separate threats.

“First of all China and Russia work closely together,” he said, adding, “Second, when we invest more in technology . . . that’s about both of them,” he added.

“This whole idea of distinguishing so much between China, Russia, either the Asia-Pacific or Europe: it is one big security environment and we have to address it all together. What we do on readiness, on technology, on cyber, on resilience matters for all these threats. You don’t put a label,” he added.

Stoltenberg said the hasty withdrawal of NATO forces from Afghanistan in August was “an obvious choice” after the US decision to leave the country.

He stated that while European militaries might have been able to remain without US support, political leaders could not justify a continued presence.

“It was partly a military aspect: capabilities. But I think fundamentally more important was the political aspect: we went into Afghanistan after an attack on the United States,” he said, adding, “Militarily it would have been possible [to stay]. But politically, I regard it as absolutely unrealistic . . . that was the main reason.”