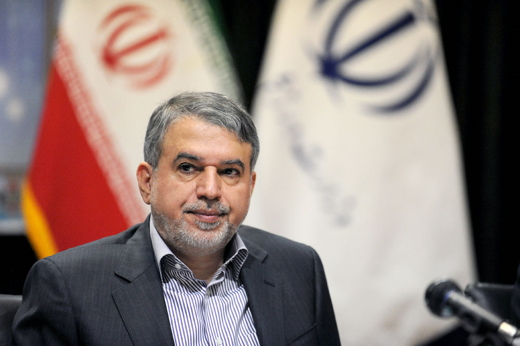 On November 19, the National Library of Iran will play host to the National Moderation Conference whose keynote speaker is Seyyed Hassan Khomeini.

The Islamic Republic News Agency (IRNA) on November 17 quoted Seyyed Reza Salehi Amiri, the current director of the National Library of Iran (NLI) and the head of the Policymaking Council of the Moderation Conference, as saying that Seyyed Hassan Khomeini, the grandson of the late Imam Khomeini, will deliver a keynote speech at the National Moderation Conference which will be held on November 19.” What comes below is the translation of part of his comments at a press conference:

At the conference, a number of state and scientific figures will deliver speeches and expert-level meetings will be held.

The conference, which is organized by the Strategic and Policymaking Council, is comprised of three scientific, executive and media committees. The get-together is intended to study the concept of moderation from philosophical, religious, cultural, political and economic perspectives.

Articles submitted to the secretariat have been published in seven volumes. […]

The ministries of Science and the Interior, the Center for Strategic Research, affiliated with the Presidential Office, and a number of scientific associations are among 30 bodies contributing to the event.

Not a penny from the government coffers has been spent on organizing this conference which is going to be held extravagance-free.

On August 10, IFP posted the translation of an interview Mosalas magazine conducted with Salehi Amiri under the heading of ‘Role of National Library in turning moderation into a discourse’.