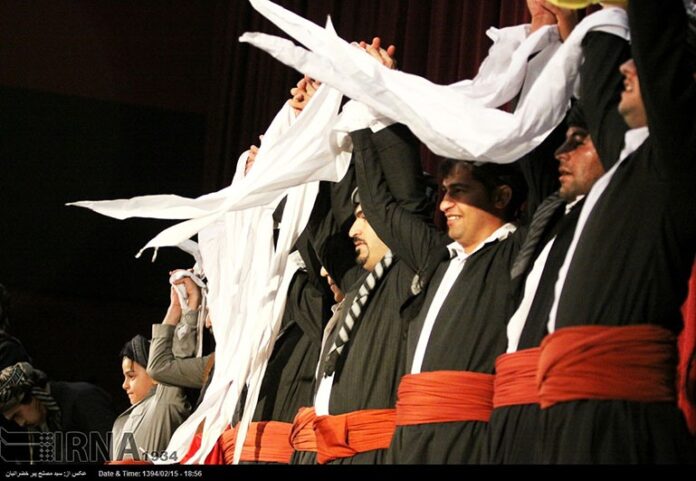 Snapshots of the opening ceremony of the National Festival of Iranian Ethnic Groups which was held in the capital of Kurdistan Province.

A national festival of the culture and arts of Iranian ethnic groups opened in Sanandaj, the capital of Kurdistan Province, on Tuesday.

An EU cultural advisor, cultural and arts figures from eight counties, 19 leading Iranian folklore bands as well as 15 distinguished ethnic teams were in attendance at the inaugural ceremony.

The following is a photo gallery of the opening ceremony posted online by the Islamic Republic News Agency: