Nasrallah promises punishment for those behind gen. Soleimani assassination 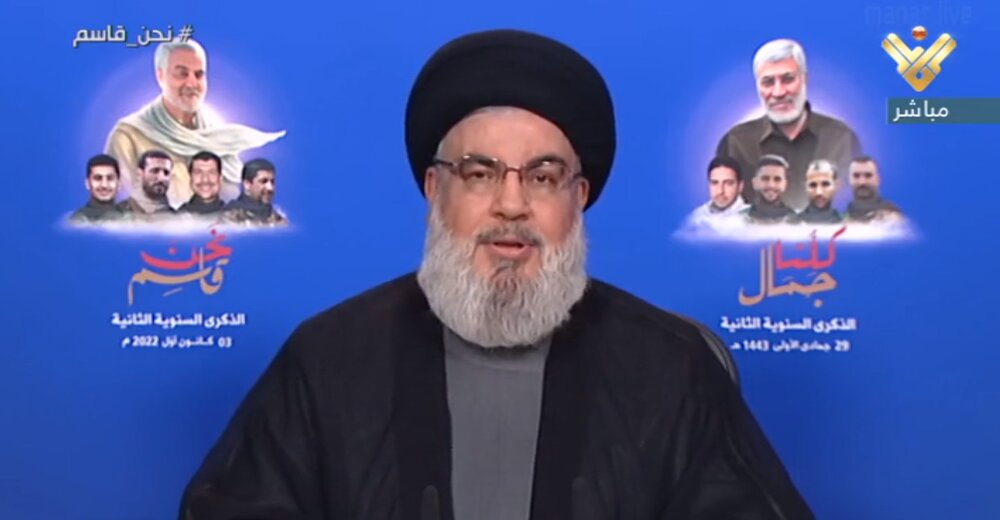 “This is the promise of the revolutionaries and freedom seekers, and it is not only a pledge by the Iranians,” Sayyed Hassan Nasrallah said during a televised speech on Monday marking the second anniversary of the assassination.

“This crime does not need to be investigated to determine its perpetrator; the United States has officially claimed responsibility for the crime,” he stated.

“Iran was the first country to stand with the Iraqi people against Daesh which was brought to the country by the United States. The security that Iraq now enjoys is all thanks to the blood of the martyrs. Martyr Soleimani protected and defended Iraq, and if Iraq enjoys good security and stability today, it owes it to the blood of the martyrs,” the Hezbollah Secretary General stated.

Nasrallah added that the Iranian general played a major role in founding Iraqi resistance groups, providing them with financial assistance, weapons, strength, hope and confidence until they forced the American troops to leave Iraq.

The January 2020 assassination of the Iranian anti-terror icon was directly ordered by former American president Donald Trump and brought Iran and the United States to the brink of war.

Iran says a complete American military withdrawal from the region is the least price that the United States will pay for the crime.