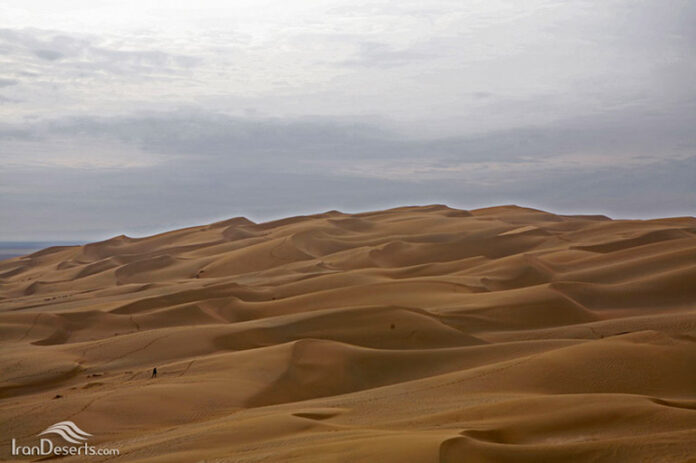 Except a handful of researchers who have traveled to Rig-e Jenn, no one has ever passed through it.

Rig-e Jenn is a vast area [3,800 square km] of sand dunes and salt marshes at the heart of Dasht-e Kavir, a large desert in the middle of the Iranian plateau.

The area is one of the most impassable areas in the world. That’s why it was avoided by caravan travelers in the past. There are no routes or villages in Rig-e Jenn and except for a handful of researchers, no one has ever traveled there.

The area was believed to be a cursed region which housed demons and evil spirits; residents of nearby towns and villages still hold similar ideas about the place and narrate stories about its mystery. It is widely believed that whoever sets foot in Rig-e Jenn will die or disappear.

Sven Anders Hedin, a Swedish topographer and explorer, who visited Iran in 1900, avoided Rig-e Jenn. But, Alfons Gabriel, an Austrian geographer and travel writer, traveled across the area in 1930.

Ali Parsa, a Sharif University of Technology graduate in computing science, succeeded in passing through the area with a small group of companions ten years ago.

Although such trips have unraveled some of the mysteries about the area, there is still a lot left to be explored.

Rig-e Jenn is covered with salt marshes which have probably swallowed up many who wished to explore it.

A vast surface of the area is devoid of flora and fauna. Although little information is available about its plants and wildlife, sightings of scorpions, phrynocephaluses [medium-sized agamid lizards], chinkaras and Persian onagers in nearby areas have been reported.