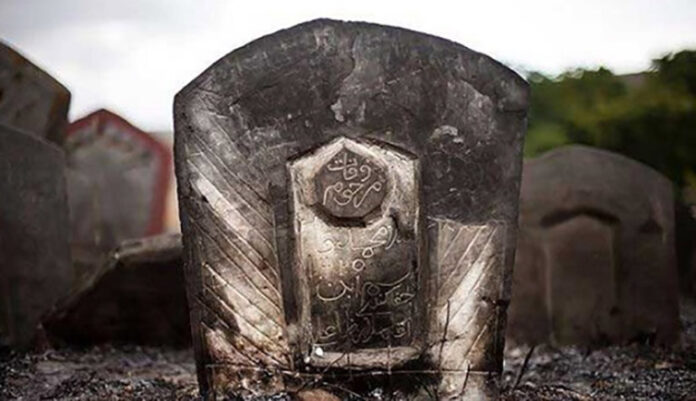 Locals believe that the white soil of the cemetery does not let corpses decompose and that the sins of those buried in the graveyard are completely forgiven.

There is a famous village in the northernmost part of Iran which is known for its mystery cemetery.

Sepid [White] Cemetery located in Galugah, a small town in Mazandaran Province, is said to be the first Muslim cemetery in Iran. Almost everyone in the village has heard mysteries about the graveyard.

The wonders of the cemetery and beliefs of villagers in supernatural powers of the place have attracted many from far-off and nearby villages to vie for a grave in the cemetery for their deceased.

Another distinctive feature of the cemetery is its vertical grave stones which are engraved with images of the tools that the dead used in their professions when they were alive.

To let visitors know the gender of those buried, there are special symbols which add beauty to the look of the graveyard.

The famous cemetery is growing by the day, swallowing the nearby land to secure more space for the dead.

Snapshots of the cemetery posted online by the Young Journalists Club: