Muslims Should Be Grateful to Trump! 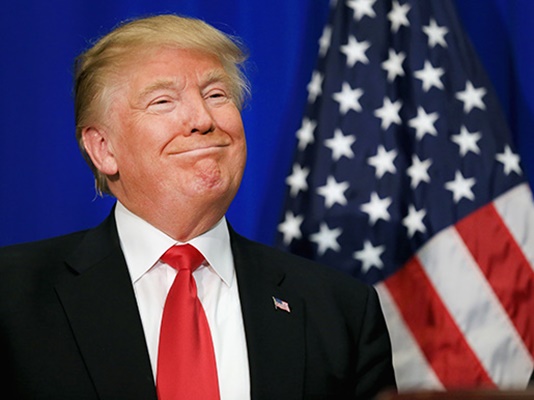 A quick look at US President’s moves clearly shows that although he has created some inevitable problems for the Muslim world and nations, at the same time he has showcased the failures of the US and its allies as well, a conservative Iranian journalist says. 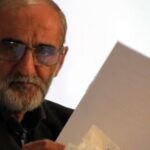 Hossein Shariatmadari, the managing editor conservative Iranian newspaper Kayhan, has in an editorial argued that Donald Trump’s moves can offer services to the Muslims.

Here are highlights of his editorial published on Saturday:

If you are surprised by the headline of the current piece, you are right, because no one likes to see the bloodthirsty aggressors live on, let alone being grateful to them!

The story of Trump however, is of a different kind. Based on what we are witnessing, he is a lunatic, who has unknowingly offered many services to the Muslim world, especially to the resistance axis with his stupid actions.

Trump’s most recent act was to recognize Jerusalem al-Quds as the capital of the Israeli regime. Therefore, as Imam Sajjad (AS) believed that one must be grateful for having a fool enemy, we should pray that he may remain in office as the foolish president of the United States!

A quick look at US President’s moves clearly shows that although he has created some inevitable problems for the Muslim world and nations, he has at the same time showcased the failures of the United States and its allies as well. Showing the real face of the United States, proving the unreliability of Washington, exposing behind-the-curtain role of some Arab and so-called Muslim countries such as Saudi Arabia, the UAE, Egypt, Jordan, and Palestinian National Authority (Mahmoud Abbas), encouraging Al Saud to continue the war in Yemen that has accelerated the fall of this home of betrayal and crime in the Muslim world, violating the nuclear deal and imposing more sanctions on Iran that has worried those Iranians who believe in the US, supporting the ISIS terrorists, which was aimed at creating divisions in the Muslim world, but in the end led to the unification of most Muslim nations and religions, and the plot to hold Lebanese Prime Minister Saad Hariri hostage in Saudi Arabia that brought disgrace for its perpetrators are some examples of such moves. These are just a few instances of Trump’s failures.

Each of the aforementioned moves was seen as a devastating blow to the Muslim nations at the beginning, but since his calculations were not rational, and he did not pay attention to the realities of the Muslim world, especially the authority of the resistance movement, all of them finally backfired. However, the recent decision by Trump to introduce Jerusalem al-Quds as the capital of the Israeli regime is a separate story that needs to be explained in details.

Over the past few years, the US and its European and regional allies have done a lot to give a good picture of the Israeli regime presenting it as a regime that has no dangers. By employing the puppet leaders of some Arab countries, they were somehow successful in doing this, as Israeli Prime Minister Benjamin Netanyahu recently said “we are having friendly ties with most Arab countries, and we will soon be witnessing the recognition of Israel by these countries!”

Netanyahu not only rejected the occupying regime’s support for ISIS, but also was boasting of it. He took the wounded terrorists to Tel Aviv and Haifa hospitals for treatment and took pictures with them to publish. To understand the significance of this, we must note that the ISIS terrorists were killing not only Shiites, but also committed brutal crimes against Sunni Muslims. It is noteworthy that the number of Sunni victims was even more than Shiites. The followers of other religions, including Christians, were also among those massacred.

So what caused Netanyahu to openly support ISIS terrorists undoubtedly was his assurance that the Israeli regime’s danger has been obliterated among Muslim nations.

Trump’s dumb act led to the failure of this sinister plan, and as we have seen, the issue of Palestine, which was almost forgotten among Muslim nations, once again came to fore and turned into the main issue of the Muslim world. Now, as Muslim nations all over the world have shown anger at this child-killing regime, even some compromising parties emphasize the necessity of annihilation of this fake regime! So, can’t we say that Donald Trump unknowingly offered a service to the Muslim world by his recent move?!

US president’s recognition of Jerusalem al-Quds also revealed the real face of some compromising leaders of Arab states. For example, even Saudi Crown Prince Mohammed bin Salman was shocked by the rage of the Muslim world and was forced to condemn Trump’s move! This comes as, according to Yedioth Ahronoth, Bin Salman had been informed about Trump’s decision two weeks earlier and pledged to cooperate with him.

Abdel Bari Atwan, the editor-in-chief of Rai al-Youm says, “I really do not understand the fear of the Arab states regarding Trump’s move, as it was not something unexpected. Before announcing his decision, Trump had contacted four Arab leaders including Saudi King, President of Egypt Abdel Fattah el-Sisi, King Abdullah II of Jordan, and the Palestinian Authority Mahmoud Abbas to tell them he would relocate the capital of the Zionist regime to Jerusalem al-Quds.”

Abdel Bari Atwan believes that Arab leaders’ condemnation of the move roots in fears raised by witnessing the rage of Muslim world. He says Trump’s act is to the benefit of Muslim nations, noting that, “I swear to God, I wish Trump would not overturn his decision. We need this shock, we need to see the disbelief in some conspiring Arab figures.”

This is another achievement for the Muslim world gained thanks to Trump’s stupidity, and according to Atwan, we should be grateful to him!

When Yasser Arafat was invited to the UN General Assembly in the mid-1970s, with one hand he was carrying an olive branch as a symbol of peace, and with the other hand he was carrying a gun as a symbol of resistance. An American senator said when I saw the olive branch in Abu Ammar’s hands I realized there is no bullet in his gun! He was right. Unknowingly, he admitted the unreliability of the United States and the uselessness of negotiating with the Great Satan.

Trump’s move proved that there is no use in holding negotiations with the US, and showed that those Palestinians, who for the past seventy years hoped to get back their occupied territories through negotiations, were heading the wrong way.

This is another great gain that Trump’s stupidity achieved for the Muslim world, and we must pray he may remain in office to show some other foolish acts.