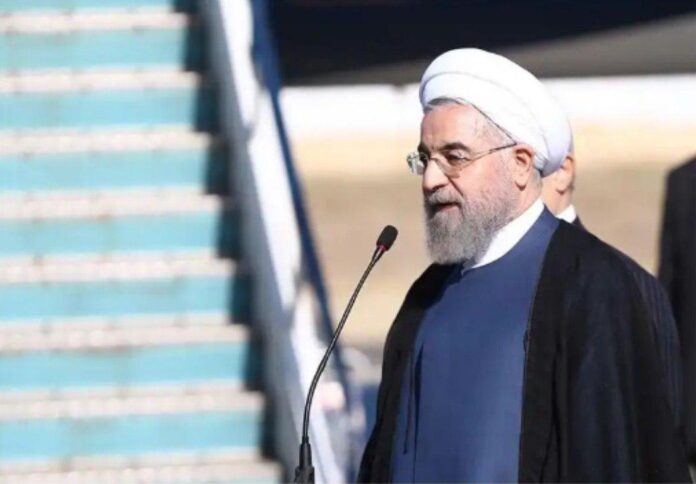 Iranian President Hassan Rouhani says the Muslim World’s hatred for the US and its policies has never been as intense as it is today.

In comments before departing Tehran for Istanbul to attend the extraordinary summit of the Islamic Cooperation Organization (OIC), President Rouhani said the summit provides the Islamic states with an opportunity to express their full support for the oppressed nation of Palestine, denounce the crimes by the Zionist regime and condemn the illegal relocation of the US embassy from Tel Aviv to Jerusalem al-Quds.

“Defending the Palestinian nation and the holy Quds means defending the Islamic values and expressing sympathy with the great and civilized nation of Palestine who are suffering from such severe conditions,” Rouhani said, as quoted in a report by Entekhab news website.

He vehemently condemned the US move to relocate its embassy to Jerusalem al-Quds and said it is against all international laws and the UN resolutions. “Doubtlessly, the move has sparked outrage among Muslim states making the US hated among Muslims more than ever.”

The Iranian President then slammed the Zionist regime for the recent brutal massacre of Palestinians in the Gaza Strip and said this is not the first time that the occupying regime is conducting such heinous crimes.

“They have been committing the aggressions against the Palestinians over the past seven decades.”

Elsewhere in his comments, he added the Islamic Republic has always stood by the Palestinian nation in the face of the Zionists’ crimes and noted it is up to all Muslims particularly the government of the Islamic states to defend the oppressed nation of Palestine.

President Rouhani added the US and the Zionist regime create chaos in the Muslim world to distract the public opinion from the issue of Palestine.

The OIC will convene at an extraordinary summit in Istanbul later Friday to show solidarity with the Palestinian people and to denounce the relocation of the US embassy to Jerusalem al-Quds as well as the Israeli attacks that killed over 60 civilians in protests on May 14.

The extraordinary summit of the 57-member OIC is held at the invitation of Turkish President Recep Tayyip Erdogan, the chairman of the 13th session of the OIC.

The Israeli forces killed 63 Palestinians on Monday, including a baby girl, and injured over 2,700 during a protest in the Gaza Strip against the transfer of the US Embassy to the occupied city of Jerusalem al-Quds.

Turkey also declared a three-day mourning period for those killed in Gaza on Monday, and called its ambassadors in Washington and Tel Aviv for consultations.