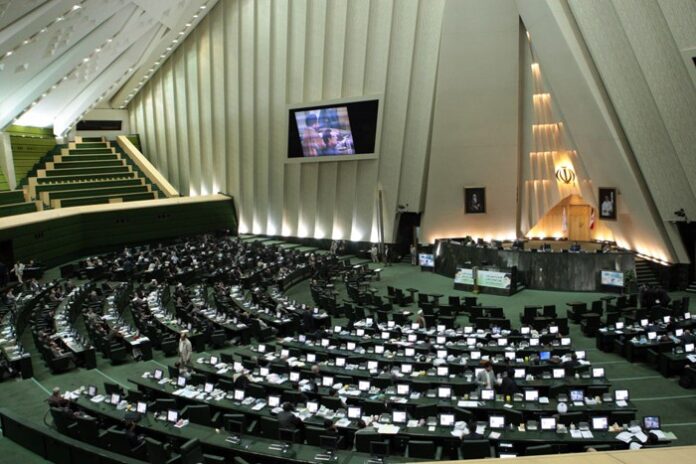 MPs issue a statement that calls on Iranian negotiators to make sure the red lines of the establishment are not crossed in any final deal.

Some 220 Iranian MPs released a statement Wednesday in support of the comments by the Supreme Leader on nuclear talks and called on officials to make sure Iran’s red lines are not crossed in the negotiations.

The following is a partial translation of the statement read out by a member of the chamber’s presiding board as reported by Fars News Agency:

We, members of the Islamic Consultative Assembly, thank the Iranian negotiating team and at the same time call on them to base their negotiating tactics on the useful instructions and dos and don’ts issued by the Supreme Leader.

We draw the attention of the Executive branch and the negotiating team to the following points which are inspired by the comments of the Supreme Leader:

The final deal should not entail any commitment on the part of the Islamic Republic to special inspections which go above and beyond the requirements of the NPT; neither should it enshrine any inspections that endanger the security of Iranian nuclear scientists.

Research and development in technology, enrichment and nuclear science should not be subjected to any restriction. Military facilities and other places whose inspection might hurt our national pride or result in the humiliation of the Iranian nation should be off-limits to inspectors.

In light of the fact that the Islamic Republic of Iran has repeatedly proven its commitment to international contracts and the other side has proven unreliable, all sanctions should be immediately lifted [once a deal is struck].

The government should view critics as friends of the establishment and consult with them. It should also see the nation as its confidant. The nuclear achievements of the nation are an inseparable part of the country’s overall progress; no one should downplay these achievements simply to justify their own measures.

Talks should only focus on nuclear issue, and the negotiating team should make sure military issues as well as international and regional questions related to defense of the oppressed, which is part of our revolution’s identity, should remain off the table.

In drafting the final agreement, officials should close the door to any arbitrary interpretation, misuse and diversion.