MP on JCPOA: Do not send wrong signals to people 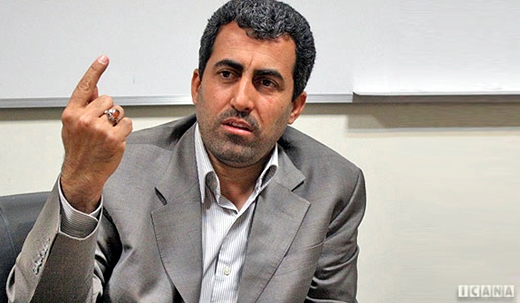 An Iranian MP has questioned claims that non-implementation of JCPOA would cause Iran to suffer huge losses and said that sanctions are not to blame for all economic problems in Iran.

The general outlines of the Government’s Reciprocal and Proportional Action Bill on the implementation of the Joint Comprehensive Plan of Action (JCPOA) cleared the Islamic Consultative Assembly on Sunday (October 11). As the chamber was hotly debating the bill, Ardebil MP Kamaleddin Pirmoazen told fellow deputies that any delay in the implementation of JCPOA (and terminating the sanctions) will inflict billions of dollars in losses on the country.

Pirmoazen’s comments drew an immediate reaction from a member of parliament’s Economic Committee who asked his colleagues not to make inappropriate remarks on the bill. The following is the translation of part of what Mohammad Reza Pour-Ebrahimi said in an interview with Tasnim News Agency on the same day:

Pour-Ebrahimi said that comments that Iran will suffer ($100-150 million in losses) if JCPOA is not put into effect are to the detriment of the government, adding that people should not be fed misinformation.

He further said that from the early days of nuclear talks, people were told that [after the conclusion of the Iran nuclear deal] huge national economic developments would be around the corner as a result of international contracts Iran would sign, but now [after the Iran nuclear deal] neither the termination of sanctions nor big changes in the country have materialized.

The Kerman MP said that Iran’s economy needs structural reforms, adding it is true that sanctions have left an adverse impact on our economy, but sanctions alone cannot be blamed for all [economic] woes.

Tying the improvement of the country’s economy and [fulfillment of] people’s subsistence needs to the removal of sanctions will generate false and unrealistic expectations in society to which the government such respond, he said.

Before the nuclear talks with P5+1, the government blamed the sanctions for most of the economic woes, but today it has realized that everything is not tied to the [termination of] sanctions, he added.

The MP went on to say that if sanctions are lifted, Iran would – at best – return to where it stood in 2011 when the country’s economic growth was not in positive territory and its employment level was far from satisfactory.