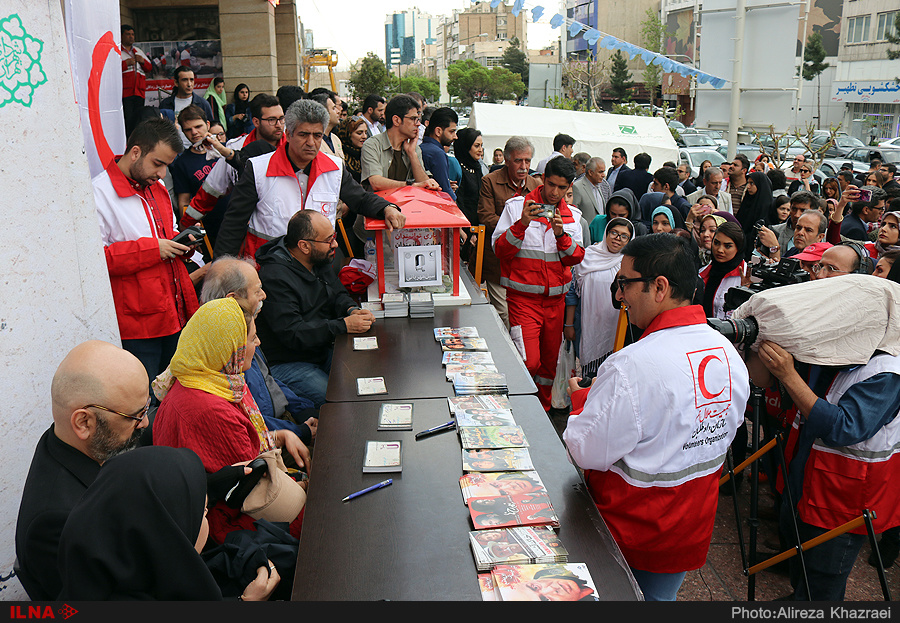 A group of movie stars and filmmakers recently gathered in a movie theatre in central Tehran to raise funds for the victims of the recent floods across the country, joining other Iranians from all walks of life who have donated over $7.5 million to the Iranian Red Crescent Society so far.

Sponsored by Iran’s House of Cinema, an event called “The Flood of Kindness” brought together Iranian artists to collect public donations for the flood-hit people in various parts of the country.

The ceremony, held in front of Azadi Cinema Complex in the capital Tehran on Friday, was attended by a large number of movie stars including directors, actors, producers, and so on, who wore the uniforms of the Iranian Red Crescent Society and asked their fans for help.

In an interview with Mehr news agency, Head of the House of Cinema, Homayun Asadian, said at least two Iranian movies donated the sales of their Friday screening to the flood-hit people.

The ceremony attracted a large number of people. “We are planning to dispatch a delegation of Iranian movie artists to the flood-hit areas in the coming days and distribute the collected donations among the flood-hit people in a process monitored by the representatives of the related municipalities and Red Crescent officials,” Asadian said.

Iranian officials have warned of new flash floods in several eastern and western provinces amid predictions of heavy downpours. Relief operations are underway in Khuzestan and Lorestan provinces in the West following recent floods. They are the latest in a series of unprecedented rain-triggered floods that have hit Iran since March 19, killing at least 76 people.