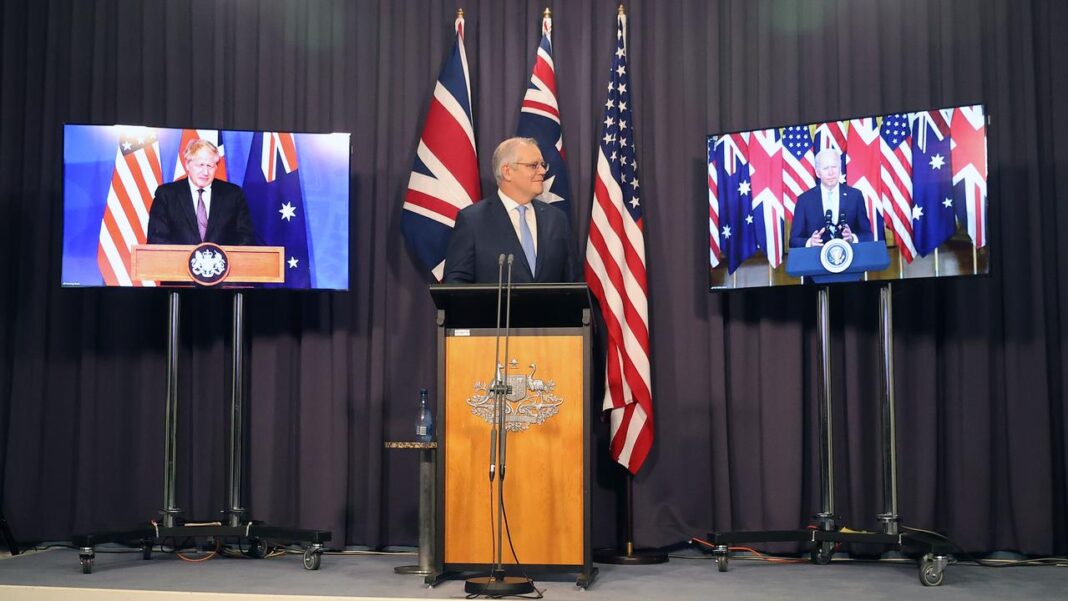 A top Russian official described the AUKUS alliance of Australia, the United Kingdom and the United States as another military bloc directed against Moscow and Beijing.

A new geopolitical deal that will see the US and UK team up with Australia to station nuclear submarines deep down in the Pacific Ocean is a hostile step aimed not only at Beijing, but at Moscow too, Russian Security Council Secretary Nikolai Patrushev told the Argumenty i Fakty newspaper.

Patrushev stated the pact between the three nations, known as AUKUS, will inevitably be yet another military bloc aimed at containing and confronting the two strongest non-Western powers.

According to the interview, Patrushev compared the pact to QUAD, a strategic dialogue format between the US, India, Japan, and Australia, designed to strengthen Washington’s position across Asia. According to him, the group is “a military-political bloc with a pronounced pro-American character”.

“Just the other day, another military bloc was formed in the region – the American-British-Australian AUKUS, which pursues the same goals,” the top official added.

According to him, the new deal, which will see London and Washington hand over the technical know-how for Canberra to develop and deploy nuclear-powered submarines, is a threat to “the entire security architecture in Asia”.

France, which saw its long-delayed multibillion-dollar deal to supply Australia with a fleet of new submarines canned as a result of the new pact, has hit out at the decision. The French envoy to Australia accusing his host country of “treason in the making”. Jean-Pierre Thebault stressed that all options were on the table in terms of a diplomatic response after his nation was “stabbed in the back”.