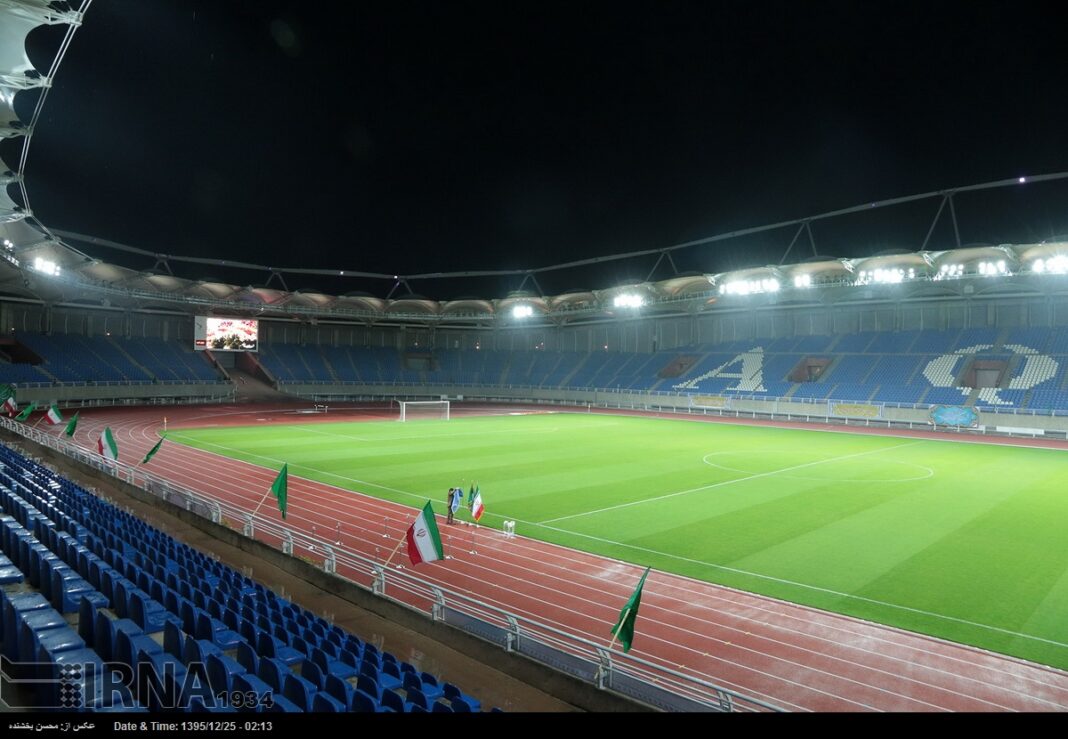 A modern stadium named after Imam Reza (AS), the eighth Shiite Imam, was officially inaugurated on Saturday in the northeastern Iranian city of Mashhad.

Emam Reza Stadium of Mashhad, the capital city of northeastern province Khorasan Razavi, was opened with a football match between Mashhad XI and Karbala XI, from the Iraqi city of Karbala.

The all-seated football stadium is believed to be the most modern stadium of Iran so far. It has a seating capacity of 23,000 and is the sixth biggest stadium in Iran.

The stadium is in an area of Mashhad that belongs to the Astan Quds Razavi (AQR), a charitable foundation which manages the Imam Reza shrine.

The stadium, whose construction began on 5 March 2011, was designed by Iranian architect Masoud Ziaei.

The stadium’s roof is being built by a French company that has worked in London Olympic Stadium and some of 2014 FIFA World Cup venues. The stadium seats were supplied by Daplast, a Spanish company. The company is being contract with Real Madrid. The natural grass and tartan track along the side is in the hands of a German company. The company also has contracts with several large stadiums in Germany.

The stadium has a Grade A in Asia by the Asian Football Confederation (AFC). Previously, only the Azadi Stadium in Tehran has been grade A among stadiums in Iran.