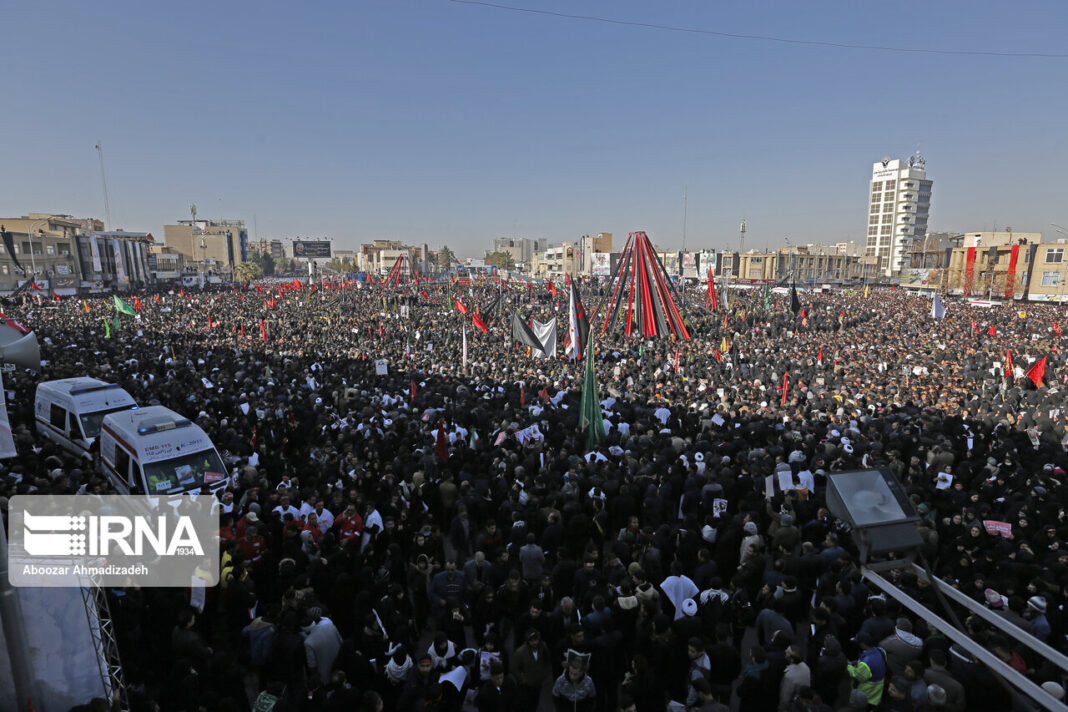 Millions of Iranian people from all walks of life are holding the last funeral ceremony for senior commander General Qassem Soleimani in his hometown Kerman, where he is to be laid to rest later today.

In Tehran, an estimated seven million mourners packed the 5.5-kilometre thoroughfare connecting the two iconic Enqelab (Revolution) and Azadi (Freedom) squares as well as the intersecting side streets in the capital Tehran during Monday’s funeral.

Update: The burial was postponed until further notice due to a stampede that killed and wounded dozens of people.

What follows are photos of the Kerman funeral: