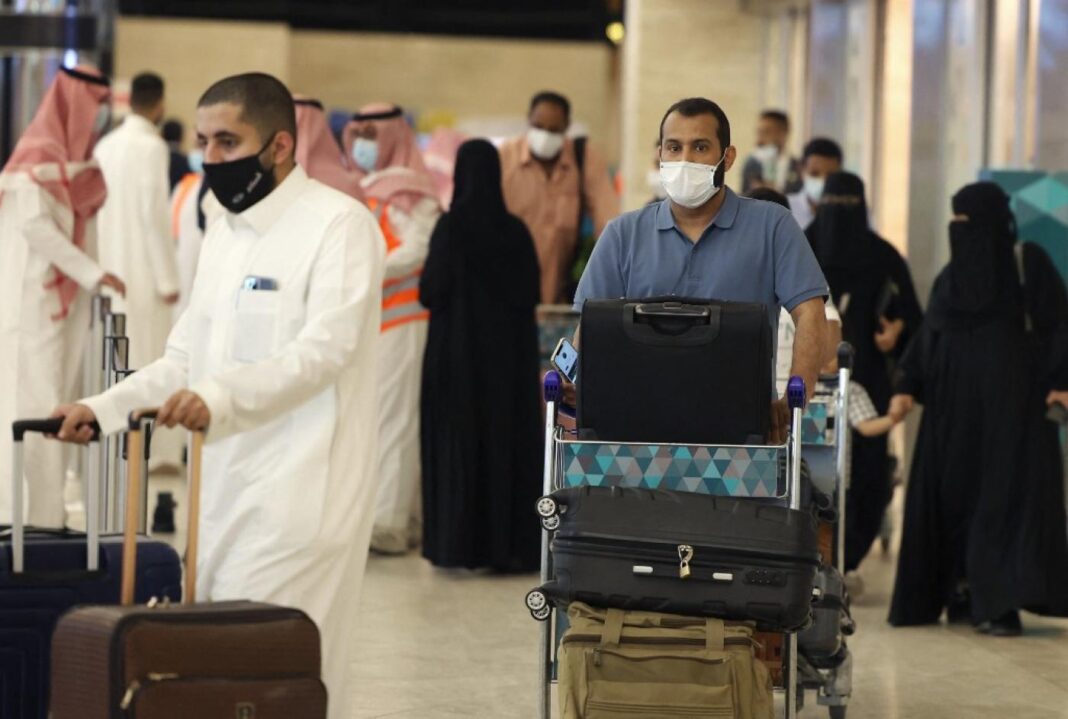 Several Middle Eastern countries have barred entry to travelers from Africa after a potentially more-contagious new coronavirus variant was identified in South Africa.

On Thursday, South African scientists stated they had detected a new B.1.1.529 variant, and said it had at least 10 mutations, compared with two for Delta and three for Beta variants.

The World Health Organization (WHO) declared the recently discovered strain to be a “variant of concern”, renaming it “Omicron”.

The variant has a spike protein that is significantly different to the one in the original coronavirus on which current vaccines are based, the UK Health Security Agency announced, raising fears about how current vaccines will fare.

“As scientists have described, [this is] the most significant variant they’ve encountered to date,” British Transport Secretary Grant Shapps told Sky News.

Qatar Airways said on Saturday it had banned entry to travellers from South Africa, Zimbabwe and Mozambique.

Omani authorities will from Sunday suspend entry to people coming from South Africa, Namibia, Botswana, Zimbabwe, Mozambique, Lesotho, and Eswatini, according to the Oman News Agency.

The Saudi and Emirati lists included all the same countries except Namibia.

In Saudi Arabia, the ban includes flights to and from those countries, according to the Saudi Press Agency. The new guidelines, however, said nationals of the African countries may enter the kingdom if they had spent the previous 14 days in a third country and comply with Saudi health protocols.

The UAE will impose the ban on Monday, according to the official Emirati news agency, WAM. It will include travellers coming from those African countries, regardless of the airline, and will also include transit passengers.

The North African kingdom of Morocco banned travellers from those same countries due to fears over the new coronavirus variant.

Meanwhile, Egypt and Israel, which has detected a case of the new variant, on Friday suspended flights from Botswana, Eswatini, Lesotho, Mozambique, Namibia, South Africa, and Zimbabwe.

Belgium said on Friday it had detected the first announced case of the new variant in Europe in an unvaccinated person returning from Egypt via Turkey.

The US will restrict travel from South Africa and seven other African countries starting on Monday in an effort to control the spread of the new omicron variant of COVID-19.