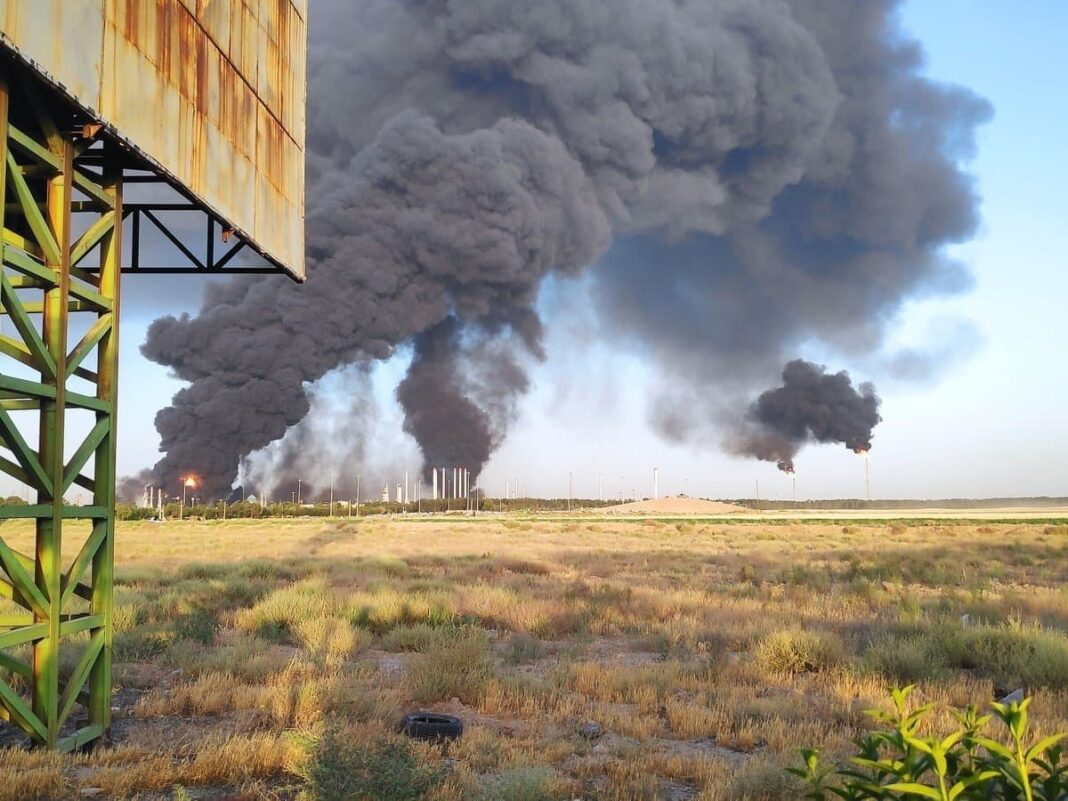 A massive fire has broken out at Tehran's Tondguyan oil refinery, creating a heavy black smoke in the south of the capital.

A spokesman for the National Iranian Oil Refining and Distribution Company says a storage tank with 20,000 barrels of gasoline caught fire, and “we should just wait for the whole gasoline to burn.”

“We have tried to keep the fire from spreading to other tanks,” the official said.

Several firefighting, rescue units, ambulances were dispatched to the scene and finally managed to contain it, but the fire is expected to be completely extinguished by Thursday noon.

The incident has not killed anyone, according to officials.

The head of the refinery’s Public Relations department has ruled out any possibility of an act of sabotage.

The refinery has stopped working, according to media reports.

The incident comes one day after the Iranian navy’s biggest ship, Kharg, caught fire in southern Iran and sank.