Many Palestinians injured in Israeli raid on al-Aqsa Mosque 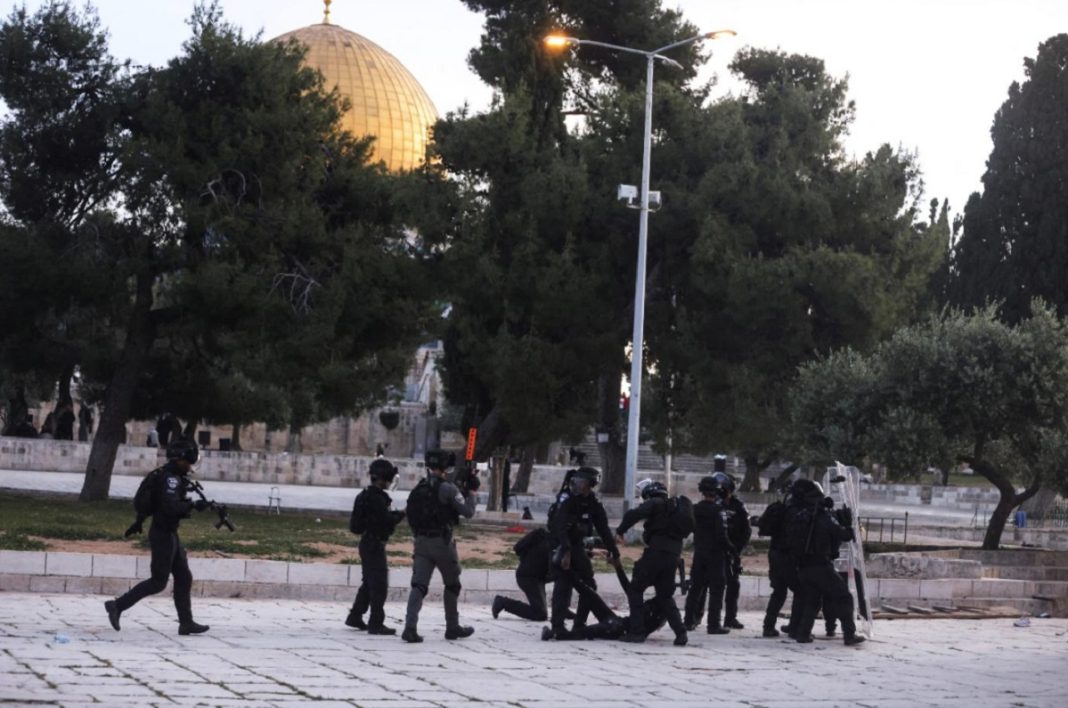 The fresh raid took place on Friday morning, with Palestinians throwing stones at the Israeli police, who were dressed in full riot gear and entered the compound firing rubber bullets and stun grenades, according to journalists at the scene.

A small fire was also reported at the compound, with Palestinians blaming Israeli police for setting a tree alight, while the police claimed that the fire was the result of Palestinians throwing fireworks.

The Palestinian Red Crescent put the number of Palestinians injured at 31, including 14 taken to hospital for treatment. Israeli police announced that one police officer had been injured after being hit by a stone.

Israeli police blamed Palestinians for throwing rocks, and said that they waited until early morning prayers ended before entering the compound.

The holy site has been the centre of days of violence amid heightened tensions following a series of attacks inside Israel and police raids in the West Bank, which Israel is illegally occupying.

A 20 year old Palestinian, Ibrahim Lebedi, died on Friday of injuries he sustained after being shot during an Israeli raid of al-Yamun, near the city of Jenin, in the northern occupied West Bank on April 18.

In a meeting with a United States State Department delegation on Thursday, the President of the Palestinian Authority, Mahmoud Abbas, stated Israel was responsible for the escalation in the occupied East Jerusalem and the occupied West Bank.

Tens of thousands of Muslims are expected at Al-Aqsa later in the day for Friday prayers. Visits by Jewish groups were suspended from Friday for the last 10 days of the Muslim holy month of Ramadan.

This year, the fasting month has coincided with the Jewish Passover and major Christian holidays, with tens of thousands of people from all three faiths flocking to Jerusalem’s Old City.