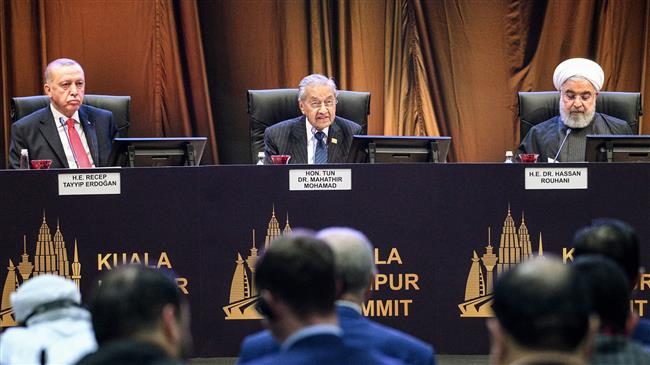 Malaysian Prime Minister Mahathir Mohamad has said that he agrees with Iran’s suggestion on using cryptocurrency as an alternative to the US dollar.

“We are hearing this for the first time — that Iran and Turkey are of the opinion that we should use an alternative to the US dollar,” the prime minister said.

“We can use our own currencies or have a common currency,” he said.

“It looks like sometimes when we use the US dollar, there are sanctions that can curb economic development,” he added.

Mahathir made the remarks speaking to reporters after a round-table discussion involving him, Turkey’s President Recep Tayyib Erdogan, Iran’s President Hassan Rouhani and participants from other Muslim countries at the Kuala Lumpur Summit 2019 in the Malaysian capital on Thursday.

The prime minister said that he had also proposed an alternative to the US dollar for trade since a long time ago and that efforts were taken in that direction but that it had been stifled due the reaction of world powers.

“Their reaction was to stop us from using any other currency because using a country’s currency gives power to that country,” he added.

The US has imposed sanctions on Iran to force it into negotiating new limits on its nuclear and ballistic-missile programs.

Earlier, Rouhani had proposed the use of cryptocurrency among Muslim nations as an alternative to the US dollar.

His proposal for an alternative currency is not the first as, in 2002, Malaysia had pressed for the use of the gold dinar for trade among Muslim nations.