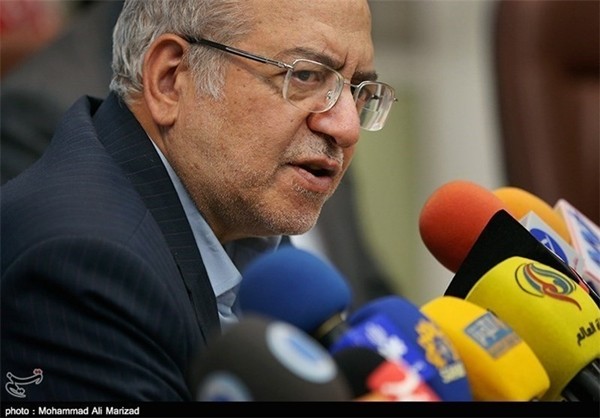 The Islamic Republic of Iran's priority in its ties with Europe is long-term, sustainable, mutual cooperation, said Nematzadeh in his meeting with the Austrian president.

Iranian Minister of Industries, Mines, and Trade Mohammad Reza Nematzadeh on Saturday conferred with the Austrian president on the expansion of Iran’s economic ties with European countries, particularly Austria.

Heading a high-ranking delegation from Iran’s financial, banking, foreign investment, oil, gas, petrochemical, mine and automotive sectors, Nematzadeh visited the Austrian capital of Vienna to attend an international conference on investment in Iran.

In his meeting with Austrian President Heinz Fischer, the Iranian minister referred to the conference as a good starting point for removing obstacles to bilateral ties.

“The Islamic Republic of Iran’s priority (in its ties with Europe) is long-term, sustainable, mutual cooperation,” he stressed.

Fischer, for his part, expressed his country’s readiness to expand bilateral relations with Iran.

He also noted that he will visit Tehran in September heading a delegation of political, economic, scientific, research, and academic experts and figures in a bid to explore avenues for development of cooperation between the two countries.

The promising prospect of trade with Iran after the conclusion of nuclear talks between Tehran and world powers has prompted major European countries to explore the market potential in the Middle East nation.