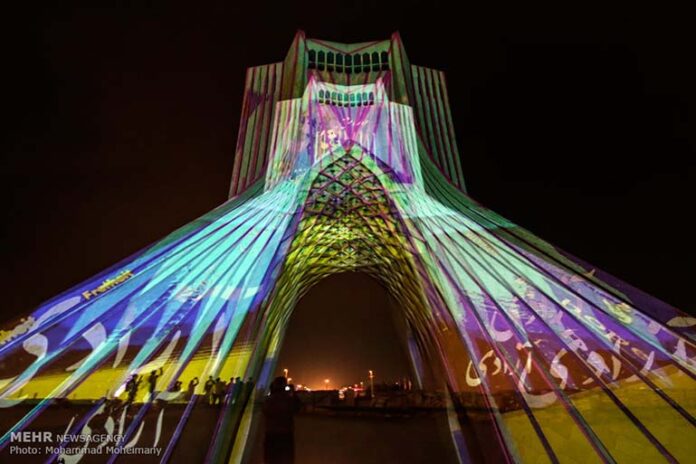 Azadi Tower hosted a light concert on October 3. The projection mapping light installation by German artist Philipp Geist had a number of guests, including the German ambassador to Iran and the engineers who contributed to the construction of the tower.

The event was timed to coincide with the anniversary of the German reunification, and Geist performed at the invitation of the German envoy in Tehran.

Images of the concert released online by different websites: