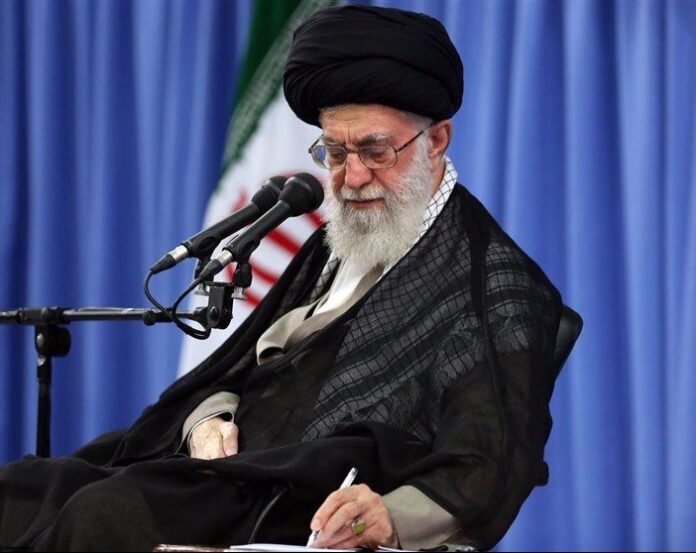 In a message to the Hajj pilgrims posted on the Leader’s official website on Monday, Ayatollah Seyyed Ali Khamenei described the ritual pilgrimage as a “heavenly, earthly, divine and communal obligation”.

Elsewhere in his comments, Ayatollah Khamenei pointed to last year’s Mina crush which claimed the lives of over 4,700 pilgrims, including 465 Iranians, and said, “Several thousand families from different countries lost their loved ones and their nations were bereaved. From the Islamic Republic, close to five hundred people were among the martyrs. The hearts of their families are still broken and bereaved and our people remain grief-stricken and angry.”

Ayatollah Khamenei further stressed, “The world of Islam, including Muslim governments and peoples, must familiarize themselves with the Saudi rulers and correctly understand their blasphemous, faithless, dependent and materialistic nature. They must not let those rulers escape responsibility for the crimes they have caused throughout the world of Islam.”

Following is the full text of the Leader’s message:

In the Name of Allah, the Beneficent, the Merciful
And all praise belongs to Allah, the Lord of the Worlds, and Allah’s greetings be upon our Master, Muhammad, and upon his immaculate household and chosen companions and upon those who follow them rightfully until the Day of Judgment.

Muslim brothers and sisters across the world!

During this unparalleled obligation, temporal and spatial security bestows tranquility on the hearts of human beings like a clear sign and a brilliant star and draws hajj pilgrims out of the siege of insecurity by domineering oppressors that constantly threatens humanity and it helps humanity taste the pleasure of security during a particular period of time.

Abrahamic hajj, which Islam has presented to Muslims as a gift, is the manifestation of pride, spirituality, unity and glory. It demonstrates to ill-wishers and enemies the greatness of the Islamic Ummah and its reliance on God’s eternal power. It highlights the distance between Muslims and the cesspool of corruption, humiliation and tyranny that international oppressors and bullies impose on human communities.

The Islamic and monotheistic hajj is the manifestation of being “firm against the unbelievers, compassionate among themselves” [the Holy Quran, Sura Fath, Ayah 29]. It is the stronghold of renouncing unbelievers and promoting friendship and unity among believers.

Those who have reduced hajj to a religious-tourist trip and have hidden their enmity and malevolence towards the faithful and revolutionary people of Iran under the name of “politicizing hajj”, are themselves small and puny satans who tremble for fear of jeopardizing the interests of the Great Satan, U.S.

Saudi rulers, who have obstructed the path of Allah and Masjid ul-Haraam this year and who have blocked the proud and faithful Iranian pilgrims’ path to the Beloved’s House, are disgraced and misguided people who think their survival on the throne of oppression is dependent on defending the arrogant powers of the world, on alliances with Zionism and U.S. and on fulfilling their demands. And on this path, they do not shy away from any treason.

Almost one year has now passed since the horrifying events in Mina, as a result of which several thousand people tragically lost their lives- under the hot sun with thirsty lips- and this happened on the day of Eid while they were in the clothes of ihram. Shortly before that, another group of people were crushed to death in Masjid ul-Haraam while they were worshiping and performing tawaf and salat.

Saudi rulers were at fault in both cases. This is what all those present, observers and technical analysts agree upon. Some experts maintain that the events were premeditated. The hesitation and failure to rescue the half-dead and injured people, whose enthusiastic souls and enthralled hearts were accompanying their praying tongues on Eid ul-Adha, is also obvious and incontrovertible. The heartless and murderous Saudis locked up the injured with the dead in containers- instead of providing medical treatment and helping them or at least quenching their thirst. They murdered them.

Several thousand families from different countries lost their loved ones and their nations were bereaved. From the Islamic Republic, close to five hundred people were among the martyrs. The hearts of their families are still broken and bereaved and our people remain grief-stricken and angry.

Instead of apology and remorse and judicial prosecution of those who were directly at fault in that horrifying event, Saudi rulers- with utmost shamelessness and insolence- refused to allow the formation of an international Islamic fact-finding committee.

Instead of being tried as the accused, they acted like the plaintiff and with increased malice and vileness, they revealed their long-standing enmity towards the Islamic Republic and towards any flag of Islam raised to confront kufr and arrogance.

Their propaganda mouthpieces- from the politicians whose behavior towards the Zionists and U.S. is a source of disgrace for the world of Islam, to impious and haraam-eating muftis who blatantly issue fatwas against the Book and Sunnah, and to media minions who are not even deterred by codes of professional conduct from spreading and telling lies- are making futile efforts to show that the Islamic Republic is at fault for depriving Iranian pilgrims of this year’s hajj pilgrimage.

The fitna-promoting rulers who by forming and arming wicked takfiri groups, have plunged the world of Islam into civil wars, murdering and injuring the innocent and shed blood in Yemen, Iraq, the Levant, Libya and other countries- the godless politicians who have extended the hand of friendship towards the Zionist regime, have closed their eyes on the Palestinians’ sufferings and heartrending tragedies and have spread their oppression and betrayal to the cities and villages of Bahrain- the irreligious and unconscionable rulers who gave rise to the great tragedy in Mina and in the name of being servants of the two holy places, sacrificed divine sanctity and God’s guests on the day of Eid in Mina and in Masjid ul-Haraam shortly before that- these same people are now claiming the need to avoid politicizing hajj and are accusing others of the great sins that they themselves have committed and caused.

They are the perfect example of the enlightening Quranic description: “And when he turns his back, his aim everywhere is to spread mischief through the earth and to destroy crops and cattle and Allah does not love mischief.  And when it is said unto him: Be careful of your duty to Allah, pride takes him to sin. Hell will settle his account, an evil resting-place” [the Holy Quran, Sura al-Baqara, Ayahs 205-206].

Based on reports, this year as well, besides barring the participation of Iranian pilgrims and pilgrims from certain other countries, they have placed pilgrims from the participating countries under unprecedented surveillance with the help of the spy agencies of U.S. and the Zionist regime. They have made the divine sanctuary unsafe for everybody.

The world of Islam, including Muslim governments and peoples, must familiarize themselves with the Saudi rulers and correctly understand their blasphemous, faithless, dependent and materialistic nature. They must not let those rulers escape responsibility for the crimes they have caused throughout the world of Islam.

Because of these rulers’ oppressive behavior towards God’s guests, the world of Islam must fundamentally reconsider the management of the two holy places and the issue of hajj. Negligence in this regard will confront the Islamic Ummah with more serious problems in the future.

Muslim brothers and sisters! This year enthusiastic and sincere Iranian pilgrims are absent from the hajj ceremonies, but they are spiritually present among the pilgrims from different parts of the world and they are concerned about them and they pray that the evil progeny of the taghut do not succeed in harming them.

In your duas, worship and prayers, remember your Iranian brothers and sisters and pray that the sufferings be removed from Islamic communities and that the Islamic Ummah be liberated from the hands of the arrogant powers, the Zionists and their followers.

I commemorate those who were martyred in Mina and Masjid ul-Haraam last year and the martyrs of Makka of the year 1987. I pray to Glorious God to bestow clemency and mercy and the highest positions on them.

I extend my greetings to the Imam of the Age- may my soul be sacrificed for his sake- and I ask Allah that the accepted prayers of that honorable Imam improve the Islamic Ummah and save Muslims from the fitna and malevolence of the enemies.

And providence belongs to Allah and reliance is on Him.