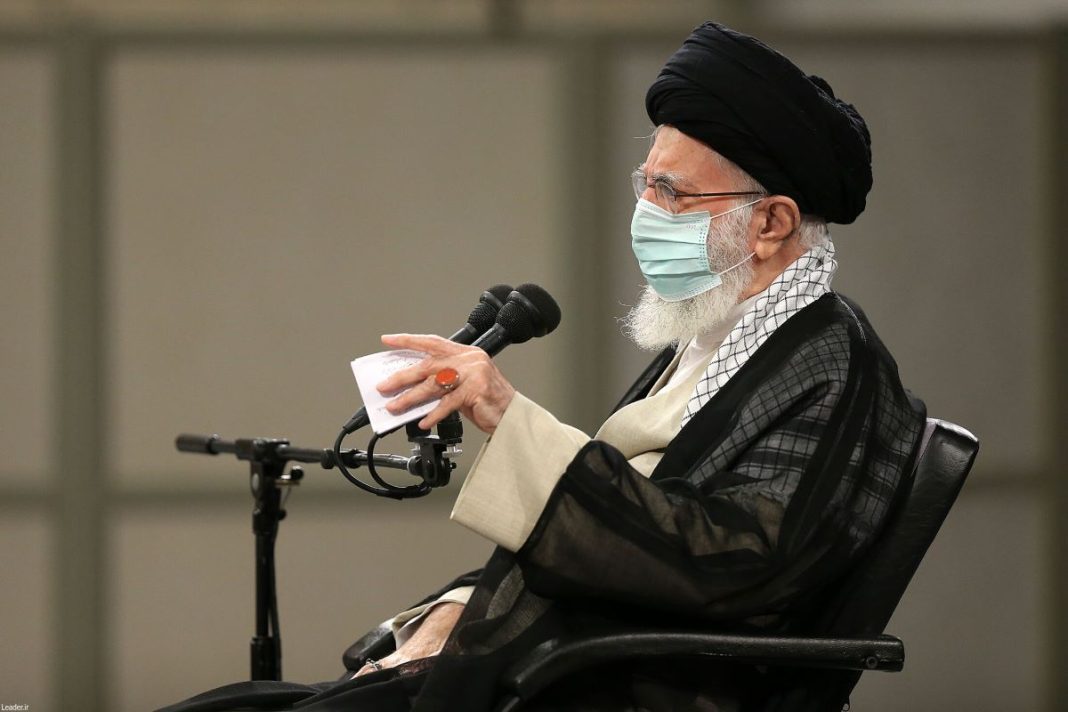 The leader of Iran’s Islamic Revolution says everyone should act “very gracefully, logically and away from unnecessary emotions” on the issue of hijab – the Islamic dress code -- and clear reasoning must be employed to expose the western colonialist attitude in rejection of hijab.

Ayatollah Seyed Ali Khamenei told a gathering of prayer leaders from across the country that a key mission of the Friday prayer sermons is to counter constant raising of suspicion by the ill-wishers.

The leader added that the enemy uses suspicion on the “battlefield of soft power” to penetrate people’s faith and destroy it. The reason, he said, is that people’s faith was the main root of the victory of the Islamic revolution in Iran and the country’s resistance against seditions.

Ayatollah Khamenei added that enemies are “constantly plotting to harm” the Islamic Republic of Iran.

The leader said the recent resort to hijab is another such attempt that he said will fail.

“Several years ago, in a meeting, I was asked about the issue of women, and how we can defend [our stance] against the west,” the leader said.

“I said, ‘I have nothing to defend. I can launch an attack. It is those who have turned women into a commodity who should defend themselves and be accountable’.”

Ayatollah Khamenei also talked about what he called the sudden attack by the official media of the US, Britain and their puppets on the issue of hijab.

“Is the West truly a champion of the rights of Iranian women?” he asked.

“The Westerners are the same people who would have blocked Iran’s access to water if they could, just as they sanctioned the drugs for kids suffering from the butterfly disease and prevent medicine to become available to these children. Now are the Westerners really concerned about the Iranian women?”

“The talented and dignified women of Iran have dealt one of the heaviest blows to the claims and lies of the western civilization and they are extremely angry about this.”

The leader explained that Westerners have since long ago argued that women cannot progress in science, politics, economy and society unless they free themselves of ethical and religious bonds.

In Iran, he said, women have achieved “great success” in different fields over the past forty years while observing the hijab.

“The successes of the Iranian Muslim women offset two or three hundred years of efforts by the Westerners and that is why they are angry of Iranian women and raise suspicions and launch propaganda under the pretext of hijab,” Ayatollah Khamenei said.