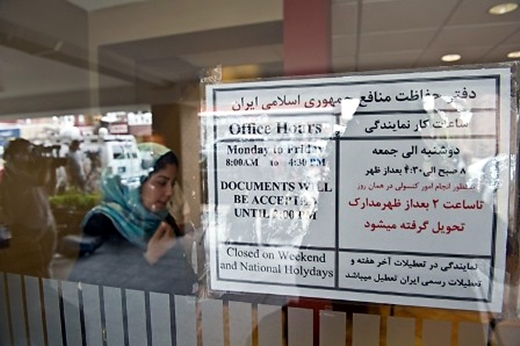 Interests Section of Iran in Washington DC.: No obstacle for issuing visa

Iranian Interest Section in Washington categorically denies reports that it has withheld issuing visa for foreign tourists and said so far thousands of visas have been issued for those who wish to visit Iran.

Referring to surge in number of tourists who want to visit Iran in resent months, the official said each day we issue hundreds of visa for those who come here and stay in long queues to receive visa.

Mr. Jaafar Zadeh said we have so far issued more than 9000 visas for those tourists who want to travel to Iran.

He added that citizens of 190 countries can travel to Iran without advance visa and upon their arrival they will be rendered with 30 to 45 days entry visa and only citizen of 7 countries need to obtain visa in advance to travel to Iran.

Manager of “Mir Corporation” a major Tourist agency, in a separate interview with IRNA also denied refusal of Interest Section of Iranian Embassy in Washington to issue visa for tourists.